Danny Mills suggested that Carlo Ancelotti may work his magic on Everton midfielder Fabian Delph in order to get the best out of him.

Speaking exclusively to Football Insider correspondent Laura O’Leary, the former England international revealed he believes Ancelotti may make Delph feel like one of his special players and opt to utilise his experience.

The 30-year-old midfielder joined the Toffees in the summer from Manchester City and has so far featured 13 times for the club.

Mills explained that Ancelotti and Delph were of a similar ilk as they’re both proven winners so there will be an instant respect between the pair.

“Ancelotti is a proven winner, been there, seen it, done it.

“Fabian Delph is of that ilk as well, he’s been at Manchester City, worked with Pep Guardiola, had success at other clubs as well.

“So there will be an instant respect for each other given what they’ve achieved in the game.

“And maybe Carlo Ancelotti recognises that, makes him feel like one of his special players if you like, and uses his experience, gets him on side and actually plays him in his strongest position in order to get the best out of him, so everybody benefits.” 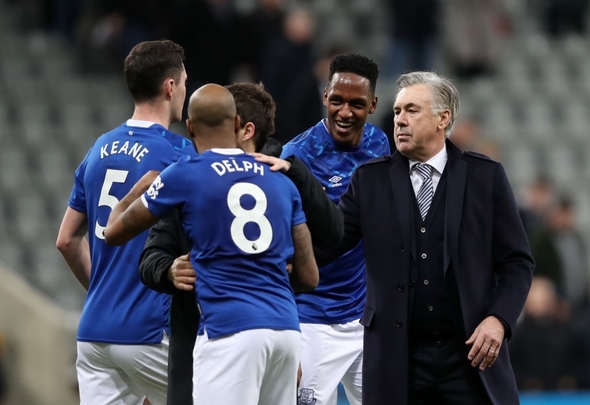 Delph’s Toffees career has so far been blighted by injuries, with him notably being unavailable for six league games between the end of November and beginning of December due to injury.

The England international was sparingly used by Man City in his 2018/19 campaign as he managed to make only 11 league appearances in total.

In other Everton news, Noel Whelan is blown away by Toffees ace who looks like a ‘Different player’ under Ancelotti.