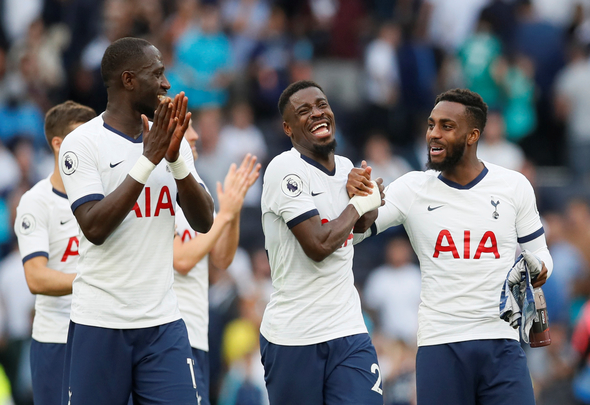 Danny Mills suggests that Tottenham defender Danny Rose could be set to start on the bench in Sunday’s clash against Liverpool.

Speaking exclusively to Football Insider assistant editor Russell Edge, the former Manchester City and England full-back says that Spurs boss Mauricio Pochettino is “blessed” to have two quality options on the left-hand side of the defence.

Having started the 1-1 draw against Watford last weekend, Rose was dropped in favour of Ben Davies in the midweek Champions League clash against Red Star Belgrade, the Welsh international helping the Lilywhites keep a clean sheet in a 5-0 win.

With Rose having struggled with his form for both club and country, Mills says that the Three Lions star could be set to start on the bench once again when Spurs take on Liverpool at Anfield.

Asked if Davies could be handed a starting role, Mills told Football Insider: “I think so. I think they’re obviously blessed with two outstanding left-backs.

“They can pick and choose, they always swapped in the past as they did on the right side when it was Trippier and Walker when they both at the football club which wasn’t that long ago.

“There’s not an awful lot to pick between them and he’ll probably go with whoever he feels is in the best form at the moment.”

Davies has just six appearances under his belt for Spurs this season, only one of those outings coming in the starting XI in the Premier League.

Rose meanwhile has started eight of the club’s league matches, picking up a yellow card in half of those games.

In other Tottenham news, Darren Bent suggests Arsenal could sign a Spurs star for a bargain in 2020.