Danny Mills has suggested that Aston Villa manager Dean Smith was playing a mind game with midfield star Jack Grealish after his performance against West Ham on Monday night.

Speaking exclusively to Football Insider assistant editor Russell Edge, the former Leeds United and England full-back says that the Villa boss’ comments following the 0-0 draw will have been to try and coax the 24-year-old into lifting his displays this season.

Smith singled out Grealish after the final whistle at Villa Park, saying that his performance in attacking positions “wasn’t quite as good as we expect of him,” and that “the quality was just lacking.”

Mills claims that the Villa boss is trying to use psychology to bring the best out of the Villa-mad star and that his actual performance was perhaps not as bad as the manager suggests.

Reacting to Smith’s statements, Mills told Football Insider: “I thought he created chances, got himself into one or two shooting positions as well – I don’t think it was the worst performance in the world.

“Maybe the manager’s just using a little bit of psychology, saying: ‘Okay, you can do more for us.’ He knows him better than most and he knows how to get the best out of him. Maybe that’s what he feels Jack needs.

“Just a little: ‘Come on, you can do this.’ Maybe that will work for him.”

Grealish, who is also the club’s captain, has appeared in every minute of the Villans’ Premier League campaign this season but has just one assist to his name.

With a win, a draw and three defeats in their opening five games, Villa could head to Arsenal on Sunday sitting in the relegation zone if any of Newcastle, Wolves or Watford win.

In other Aston Villa news, Alan Hutton has been raving to Football Insider about one youngster he has tipped to hit the very top. 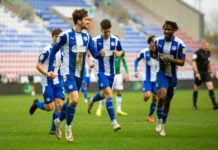