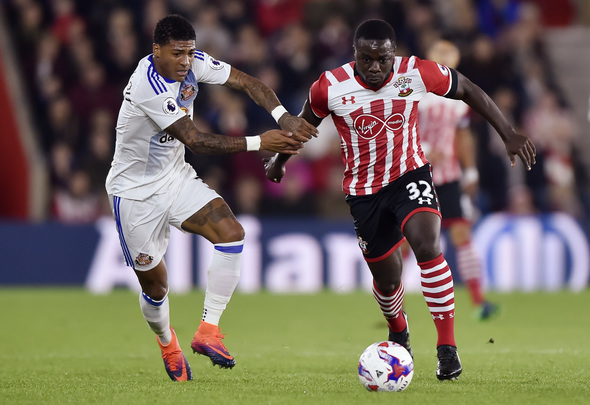 League One duo MK Dons and Tranmere Rovers, as well as League Two outfits Plymouth Argyle and Exeter City, are weighing up a move for the 22-year-old centre forward when the transfer market reopens in January.

A source at Scunthorpe has told Football Insider that the Iron could recall the attacker from his season-long loan at Carlisle and sell him during the winter window if they receive a suitable offer for his services.

Olomola, a former Arsenal and Southampton youngster, has netted six goals in all competitions for his loan side this season, including in Friday’s 4-1 FA Cup win over Dulwich Hamlet, with the other five coming in his 16 League Two outings.

The London-born forward, who has represented England at under-19 level, joined Scunthorpe in the summer of 2018 on a free transfer after leaving Southampton, but he has managed to make just six appearances for Paul Hurst’s side.

The 22-year-old hitman has had two loan spells away during his time Glanford Park, first at Yeovil and then at Carlisle, but his growing list of suitors could offer him the chance to leave on a permanent basis in January.

His goal against Dulwich Hamlet on Friday ended a six-game run without finding the back of the net, his efforts in the league helping his loan side to sit two places above his parent club in the table.

In other Scunthorpe news, Football Insider can reveal that a former star is being lined up for a transfer to a big-name Championship side after a failed £4million bid.

Pundit Exclusive: Rangers star must prove he’s ‘Worth A Fortune’ after Ibrox reveal