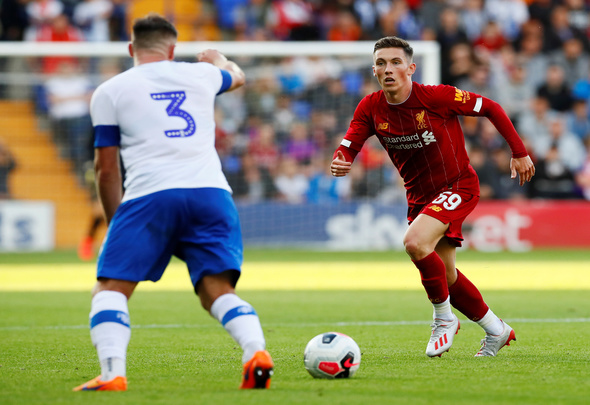 The Welsh international is one of the most in-demand players in this summer’s transfer window following his impressive spell on loan at Derby last season.

Sources at both Newcastle and Villa have told Football Insider that the clubs are exploring permanent or loan deals for Wilson before the transfer window closes next month, with Newcastle hoping to trump the newly-promoted outfit to his capture.

Wilson enjoyed an excellent campaign at Derby last season, scoring 18 goals from out wide as the Rams narrowly missed out on promotion to the Premier League.

Liverpool have yet to make a decision on Wilson’s long-term future with the skilful attacker facing a battle to break into Jurgen Klopp’s first-team plans.

The 22-year-old has featured for Liverpool in their pre-season friendlies, but with Liverpool’s international stars set to return before the start of the season Wilson could find himself down the pecking order.

Wales international Wilson is understood to be keen to be playing regular first-team football next season and Liverpool are expected to make a decision on his future now their pre-season tour of America is over.

In other Newcastle United news, Leeds boss Marcelo Bielsa has given the green light for the club to pounce for a senior player at St James’ Park.