Noel Whelan has claimed that Newcastle United would be taking a “big risk” by making a move for Aston Villa winger Trezeguet.

Speaking exclusively to Football Insider, the former Leeds United striker admitted that he has seen occasional “brilliance” from the wide man, but has yet to see enough consistency from him to suggest that he would be a wise acquisition.

Egyptian news anchor Omar Rabie Yassin reported earlier in the week that the Toon Army have already launched a bid for the winger, who only arrived at Villa Park last July.

But Whelan is sceptical as to whether a summer pursuit would be a worthwhile venture for Bruce’s men.

“It’s a strange one”, he told Football Insider.

“Trezeguet, we’ve seen flashes of brilliance, we’ve seen a lot of inconsistency, but we can also see that there’s a player there who can be very dangerous.

“He’s got pace, he’s got strength, he’s got trickery, he’s scored a couple. Will it work for Steve Bruce? I’m not sure.

“It’s a big risk on both parts really because we’ve not seen enough quality from him. Whether Aston Villa feel that they don’t need him because there’s not enough there for them to want to keep this player, who knows?

“Watch this space. Everyone needs pace and trickery out wide, so maybe it could work for Bruce, and for Trezeguet too.” 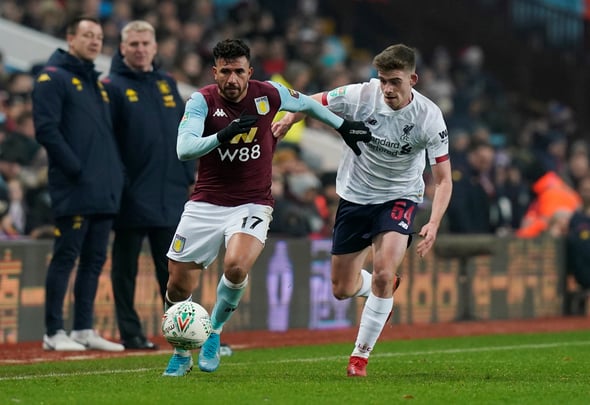 Trezeguet has started just 13 Premier League matches in his first season in England, but has amassed a total of 31 appearances in all competitions.

During that time he has registered four goals and three assists, predominantly from a wide left berth.