Kalvin Phillips will eventually quit Leeds United and not spend his entire career at the club, according to Kevin Phillips.

The former England international, speaking exclusively to Football Insider correspondent Dylan Childs, claimed he could “guarantee” his 24-year-old namesake will move elsewhere, especially if United are promoted and he performs in the Premier League.

The holding midfielder told FourFourTwo magazine, “I want to spend my career at Leeds and see this club doing well in the Premier League.”

Phillips has been a standout performer for the Whites in his 34 appearances this season – putting United in pole position for a first return to the Premier League since 2004.

When asked if he could see the Leeds-born player spending his entire career at Elland Road, Phillips told Football Insider: “Credit to him saying that but he is still a young lad. I am not going to say he will regret it but when you look back at the Premier League not many players stay at one club for their whole career.

“Steven Gerrard springs to mind but it is very rare, especially in today’s climate.

“If they go up and he performs well somebody is going to come in with a huge bid. If a big club that is challenging for trophies comes in you are going to go.

“It is nice of him to say that and he is going to because he loves the club but from my experience if he plays well he will not be at Leeds for the rest of his career. I can guarantee that.” 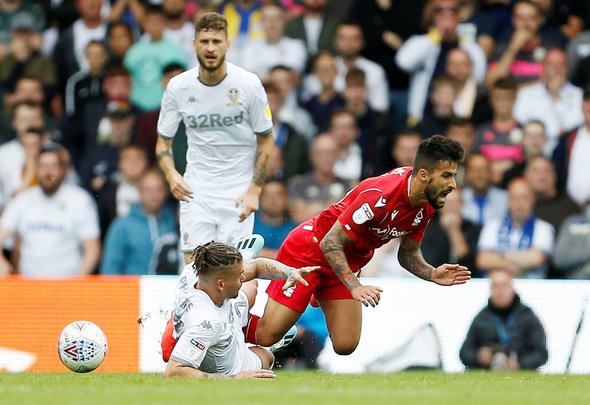 As revealed by Football Insider, the defensive midfielder has a release clause in his contract believed to be in the region of £20-25million.

Phillips put pen to paper on a new deal last September that will see him remain with the Whites until 2024.

In other Leeds United news, Noel Whelan has told Football Insider his reaction to report club are lining up move for ex-Liverpool defender.