Kevin Phillips has heaped praise on Adam Le Fondre after the striker broke the silence on a potential move to Sunderland this summer.

Le Fondre, who currently plays for A-League side Sydney FC, was flattered by the reported interest in him from the League One giants. 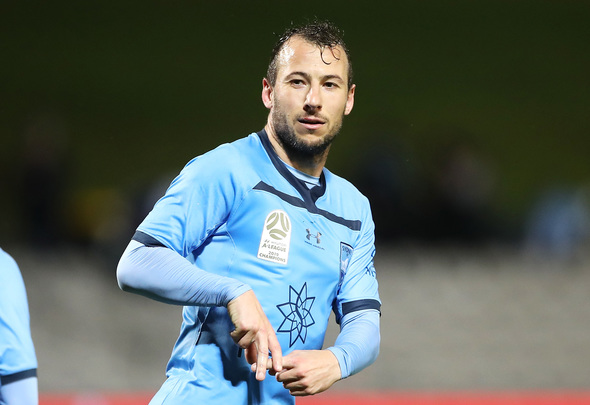 The former Reading striker has been in sensational form this season and scored 20 goals in 27 appearances across all competitions.

He knows Black Cats boss Phil Parkinson well from their time together at Bolton Wanderers.

When asked by Football Insider if Le Fondre would be a welcome addition at the Stadium of Light, Phillips said: “I quite like him as a player.

“He is a goalscorer and no matter what league he is playing in, he knows where the back of the net is. That is a position that needs to be looked at by Phil Parkinson.

“I know Aiden O’Brien has come in from Millwall and I have been told good things about him but if you could add another, a proven goalscorer, then that could be a great relationship.

“He is a goalscorer and if he still has the appetite it could be a smart signing. But that would be the main question mark I would put over his name. Does he have the appetite to come and play in League One.

“If you are serious, you know you are coming to a huge football club and his relationship with Parkinson could help.”

Speaking to the Australian Daily Telegraph on his future, Le Fondre said: “It’s nice for people to show interest but right now I’m focused on the team.

“We have some big games coming up.”

In other Sunderland news, it can be REVEALED that Fleetwood Town have joined Black Cats in race to sign defender who’s quit Ibrox.