The 23-year-old is a free agent after being released by the Black Cats earlier this summer.

A recruitment source has told Football Insider that Portsmouth and Oxford are chasing the centre-midfielder on a Bosman. 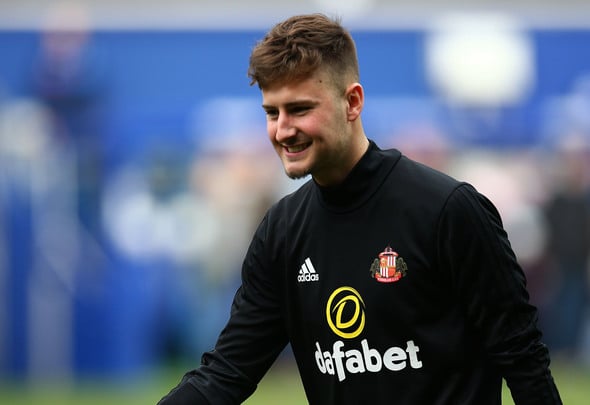 He arrived to Blundell Park in January and scored three goals in 16 League Two appearances to help Grimsby to a 15th-placed finish.

It was the second loan spell of the Englishman’s career having spent the early part of 2019 with Dundee FC, where he played 13 times.

Oxford and Portsmouth both narrowly missed out on promotion to the Championship earlier this month as Wycombe Wanderers won the Play Offs.

Both sides see Dobson, who can play across the midfield, as an ideal addition to their squad as they look to go one better in the 2020/21 campaign.

Sunderland have already lost a sizeable chunk of their squad with Jon McLaughlin, Kyle Lafferty and Jack Baldwin all completing moves away from the Stadium of Light after their contracts expired.

Robson, who came through the Academy of Light, made just 14 appearances for his boyhood club.

A move to Portsmouth or Oxford would see him lining up against his former teammates next season.