Noel Whelan is confident that Rangers may already be in ongoing talks with Hibernian over a permanent move for Florian Kamberi this summer.

Speaking exclusively to Football Insider correspondent Dylan Childs, the former Aberdeen and Leeds United striker claimed Hibs would find it difficult to turn down an offer for the 25-year-old.

Kamberi joined on loan in January and showed promise before the season was curtailed – he scored one and assisted two in nine appearances. 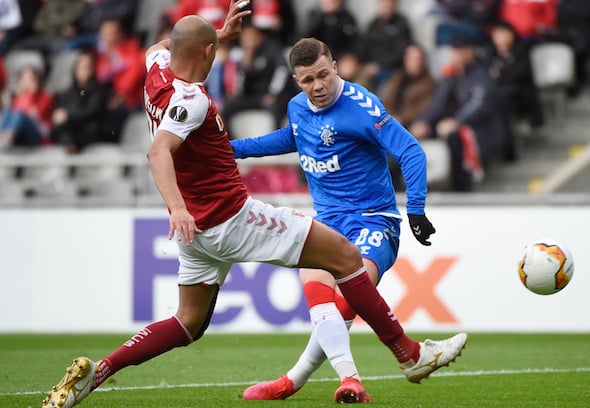 Football Insider revealed last month that the Swiss-forward sees a permanent move to Steven Gerrard’s side as a “once in a lifetime opportunity”.

The Glasgow Times report that the striker remains keen on returning to Ibrox.

When asked by Football Insider if he believed Kamberi had done enough to earn a permanent move, Whelan said:

“Hibs are still in the Scottish Premiership and they may want him back, they may feel that they need him next season. They are under no obligation to sell.

“However, if Stevie G thinks he will improve their side then I am sure they will strike a deal as quickly as possible so that Hibernian have the money in the bank and Rangers have the player for preseason.

“I am sure there is talks going on and Hibs may not be able to turn down the money.”

The Gers are actively pursuing a striker this summer with the future of Alfredo Morelos uncertain.

Ivan Toney, Rhian Brewster, Josh Maja, Lyndon Dykes and Lyle Taylor are but some of the names currently interesting the Glasgow giants.

In other Rangers news, Frank McAvennie has told Football Insider he doubts Gers can afford 24-goal/assist ace this summer.