Kevin Phillips has labelled Craig Dawson’s move to West Ham as “strange” and said the club should be signing better players than the defender if they are to improve.

Speaking exclusively to Football Insider correspondent Dylan Childs, the eight-capped former England striker believes the 30-year-old will not be a regular starter at the London stadium.

The Hammers confirmed earlier this week that Dawson has joined the club on a season-long loan deal from Championship side Watford.

The defender had not played a league game for the Hornets this season after featuring 29 times in the Premier League last season.

Asked by Football Insider about his move to east London, Phillips said: “It’s a strange one for me.

“I’m not so sure. I thought it was a strange one when he went to Watford.

“He’s getting to the stage where time isn’t on his side. He was a good servant and did well at West Brom.

“I think West Ham, if they want to move to the next level, they should be aiming higher than that and that’s no disrespect to him.

“But if the deal is right, you’re bringing in experience, it looks like he is a leader as well. Whether he plays week in, week out remains to be seen.

“In my opinion overall, it’s a bit of a strange one if I’m being honest.” 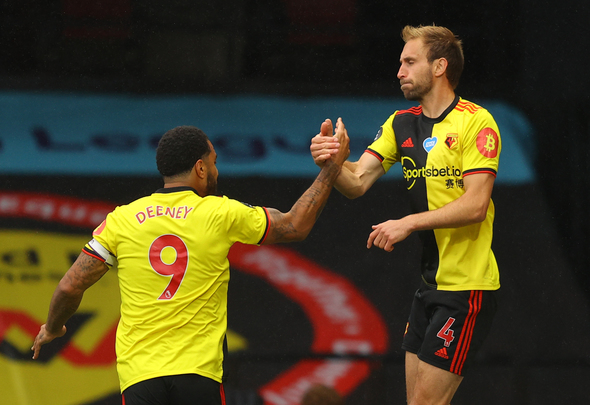 Dawson has played 182 times in the top-flight for West Brom and Watford.

The versatile defender has spent the majority of his career at the Baggies, playing 225 games across a nine-year spell.

In other news, West Ham fans have been told to “get over it” amid a huge Benrahma development.