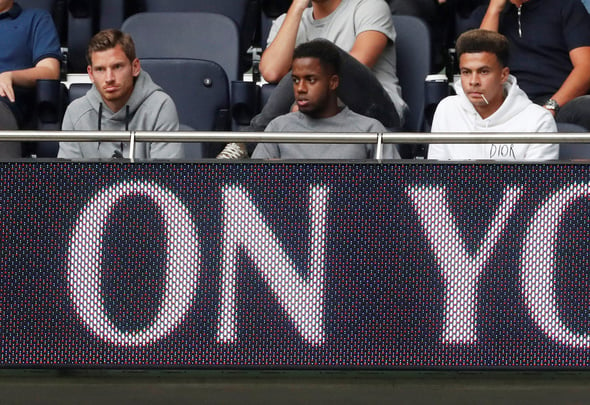 Alan Hutton claims that Tottenham defender Jan Vertonghen is “killing” his chances of getting either a new contract at the club or a move away from north London.

Speaking exclusively to Football Insider assistant editor Russell Edge, the former Spurs and Scotland full-back says that the Belgian international is a long way off his best form and suggests that speculation over his future may have affected him.

Vertonghen, whose contract runs out at the end of the season, did not feature in the first three Premier League games of the season but has returned to being a mainstay under Mauricio Pochettino in recent weeks.

With a potential free transfer awaiting the defender if does not pen a new deal at the north London giants, Hutton says that Vertonghen is harming his chances of securing either a contract deal or a move to a European heavyweight with his recent performances.

Hutton told Football Insider: “It’s been very difficult. For him to not play any part at the start, whether he thought he was getting a move or not, for the window to then shut, to be put back in and for him to think: ‘Right, I don’t really want to be here.’

“You also have to perform, it’s such a difficult position to be in. You just hope that he’ll be professional, put that to the back of his mind and go: ‘Right, this is the club I’m at at the moment,’ and give it his all.

“At the end of the day, it’s only going to affect you in the long run. If you’re not performing because you want X, Y and Z, you’re not going to get a move because you’ve not been performing, you’re killing yourself in a way. You just need to get back to what he was doing, work hard and defend well.

“Whatever he wants, I’m sure it will come, whether it’s a contract at Spurs or to move.”

Vertonghen, who has 294 appearances under his belt for the Lilywhites, has turned out nine times across all competitions this season, including in all the club’s Champions League games.

He has the likes of fellow Belgian Toby Alderweireld, as well as Colombian and Argentinian internationals Davinson Sanchez and Juan Foyth, as rivals for a place in the starting XI.

In other Tottenham news, Paul Robinson has urged Mauricio Pochettino to throw an as-yet unused player straight into the starting XI.