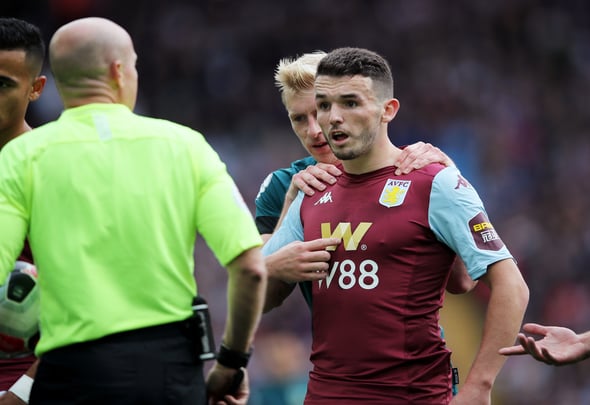 Jackie McNamara was left raving over the qualities of Aston Villa midfielder John McGinn after watching him play in Scotland’s 4-0 defeat to Russia on Thursday night.

The former Scotland international, speaking exclusively to Football Insider assistant editor Russell Edge, says that the 24-year-old proved his ability to play in a more attacking role for his country than he does for his club, despite Steve Clarke’s side drawing a blank in their qualifying clash.

McGinn was part of a midfield which included Celtic’s Callum McGregor and Sheffield United’s John Fleck and while they battled hard, they were unable to stop the Russians taking charge in the second half.

McNamara says that McGinn demonstrated great desire and strength in the middle of the park and that he proved his worth as an attacking midfielder as well as someone who can play a bit deeper.

McNamara told Football Insider: “He looked strong, I don’t think there were any bad performances – I just think the goals were. The team worked hard and they were very defensive, back in numbers and trying to catch them on the counter-attack.

“He can play there (attacking midfield), he plays there sometimes with Aston Villa, he’s good, he’s very strong John, good at getting that second ball and competing and supporting when he gets forward.

“He’s picked up a few goals for Villa this season and you can see why he’s playing there.

McGinn, who arrived at Villa Park from Hibernian last summer, has been a mainstay for Dean Smith’s men since joining, playing 53 times across all competitions and helping them to play-off glory last season.

This campaign has seen him net three goals in his eight Premier League appearances, playing every minute in the top flight so far.

In other Aston Villa news, Alan Hutton has dropped a training ground reveal as he lifts the lid on Dean Smith’s plans.