Paul Robinson has slammed Carlo Ancelotti for his treatment of Jordan Pickford and insisted the Everton manager deserves no credit for the goalkeeper’s “fantastic” form of late.

The Toffees goalkeeper earned praise from his manager on Saturday with a fine display in a 1-1 draw at Burnley.

Speaking to BT Sport after the match, Ancelotti said that “Pickford is back” after a difficult start to the 2020/21 campaign which saw the player dropped at Newcastle last month.

Despite intense scrutiny and criticism, England manager Gareth Southgate stood by the goalkeeper and reiterated his position as the Three Lions’ number one.

When asked by Football Insider if Ancelotti’s decision to bring Pickford out of the spotlight at Newcastle was paying dividends, Robinson said: “No.

“Ancelotti does not deserve any credit. He had nothing to do with it. In fact I think that worked to the detriment of Pickford.

“The man you can praise for Pickford’s form is Gareth Southgate. He has handled the situation fantastically well by coming out, publicly backing him and telling everyone that he is England’s number one. It has helped Pickford massively.

“He has looked calm and composed and produced fantastic performances against Leeds and Burnley.

“Since the international break he has been a different goalkeeper. He looks like an England number one. You can give Gareth Southgate all of the credit for that. 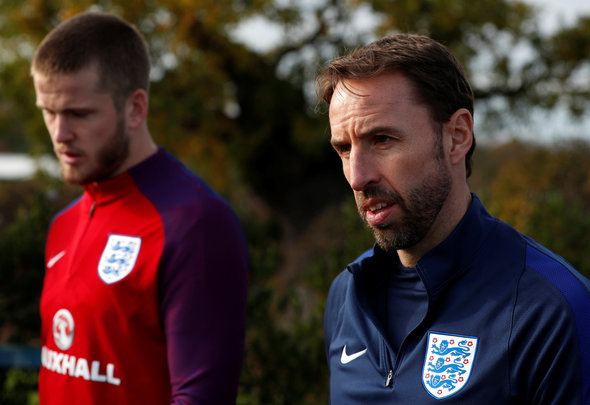 “I did not have that when I was going through a bad spell on international duty. Nobody came out and backed me and that would have been a big confidence boost.

“It was a masterstroke by Gareth Southgate. It was very, very clever.”