The former Rangers and Scotland defender, speaking exclusively to Football Insider assistant editor Russell Edge, believes the only way the 22-year-old would commit is if there was a release clause in his new terms.

Speaking to Sky Sports, Lennon confirmed that the club are in talks with the French hitman over a new deal at Parkhead, stating they are “doing everything we can to keep him here”.

As revealed by Football Insider back in March, Edouard, whose current deal runs out in 2022, will only put pen to paper if the Hoops include a reasonable release clause in his terms.

Hutton believes that meeting the star striker’s request is the only way the Bhoys are going to get him tied down, although he suggests the Coronavirus pandemic could have an impact on his suitors’ spending power.

Hutton told Football Insider: “He’s their main man, it doesn’t surprise me, I’d be doing everything I could do get him to stay. Only being 22 at the moment, I can’t imagine him signing a long-term deal.

“The only way I can possibly see it is if there is a release clause in it to let him go for a particular amount of money that both him and club were happy about.

“It seems like there’s a lot of factors involved in the new deal that will need working out but with this pandemic and stuff, you never know – he might stay for another year depending on what teams are willing to pay for him.

“If it was me, I’d definitely be trying to sign him to a new long-term deal.” 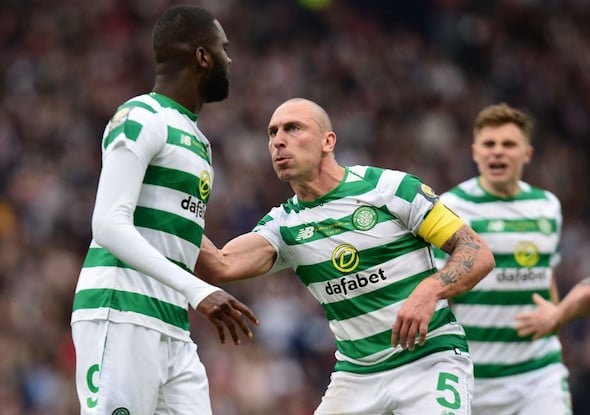 Edouard has been a mainstay for Lennon this season, with 27 goals and 19 assists in his 45 appearances across all competitions.

He has a total of 126 games and 60 goals under his belt for the Bhoys.

In other Celtic news, it can be REVEALED the Bhoys are lining up another substantial contract deal.