The 21-year-old, who is of dual French and Scottish citizenship, has emerged on the radar of the English Championship club following his impressive campaign.

A Stoke source has told Football Insider that the club were regularly scouting Appere before the season ground to a halt. 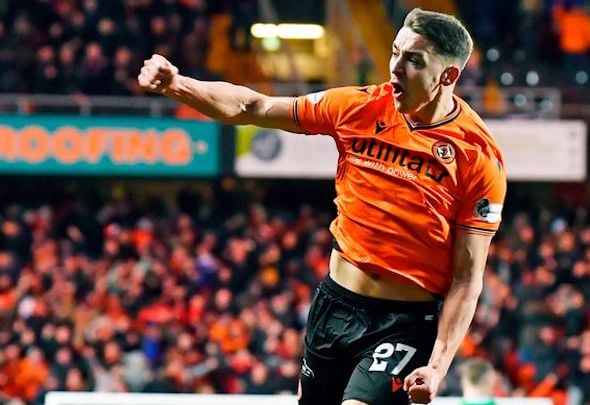 The rising star has excited their talent spotters with his exciting development at the runaway Scottish Championship leaders.

Rangers scouts have also been keeping a close eye on Appere, who has had a career-transforming season.

He had spent last term out on loan at Broughty Athletic juniors but has returned to Tannadice to be one of the star men for the first team after seizing his chance in pre-season.

The youngster, who was called up to the Scotland Under-21 squad last month, has made 33 appearances in all competitions this season.

They have yielded six goals and five assists for Appere, who can play anywhere across the attack but had been operating on the right wing most lately.

“Louis has been brilliant. He really has been excellent for us this season,” Dundee United manager Robbie Neilson said last month to the Courier.

“We sort of allotted for 10-12 games for him this season when he came back from his loan in the juniors, where he did well.

“But he’s surpassed all our expectations to make over 30 appearances, scoring and creating goals.”

In other Rangers news, it can be REVEALED that the club have set their sights on a centre-forward whose pay rocketed from £1,000-a-week to £57,000-a-week last year.