Alan Hutton claims that Rangers midfielder Ross McCrorie is at a “crossroads” and may leave the club for good after the player’s comments about his future.

The former Gers and Scotland full-back, speaking exclusively to Football Insider assistant editor Russell Edge, admits he understands the 22-year-old’s desire to find a permanent home after spending this season on loan at Portsmouth.

McCrorie has recently revealed he wants to be “somewhere settled” next season, rather than being shipped out temporarily again next season. 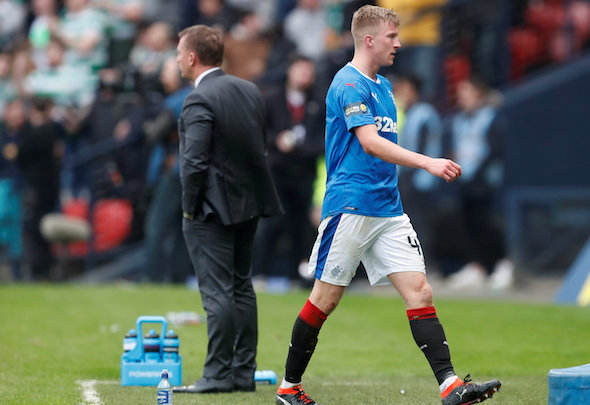 Hutton insists that it is going to be tough for the academy graduate to make an impact under Steven Gerrard next season and suggests a permanent move may be on the cards.

Asked about McCrorie’s comments, Hutton told Football Insider: “I get that from a football point of view, I totally understand. It’s not great going out on loan here, there and everywhere.

“You want to be settled, you want your family to be settle, he is pretty much at a crossroads. I do believe it is going to be difficult to break into the Rangers team next season, I do believe they will strengthen in a few areas.

“He’s going to have to come back and hit the ground running and show the manager he’s capable of playing week in, week out at a high level.

“I do think he’s done well after going away on loan but whether it’s going to be at Rangers or another team, we’ll have to wait and see. From a footballing point of view, I totally understand he wants to be settled.”

Speaking to Portsmouth-based publication The News, McCrorie said: “I want to be playing somewhere and not be out on loan. I want to be somewhere settled and playing week in, week out – that’s my aim.

In other Rangers news, it can be REVEALED a 27-year-old is looking for a new club for the summer.