Greg Stewart is likely to be let go by Rangers this summer after failing to make an impact, Football Insider understands.

The attacking midfielder, 30, joined on a free transfer last July after being handed a two-year contract.

Ibrox sources have told Football Insider that Steven Gerrard does not see Stewart as being a key man in his first team next season and the club set to listen to offers for him. 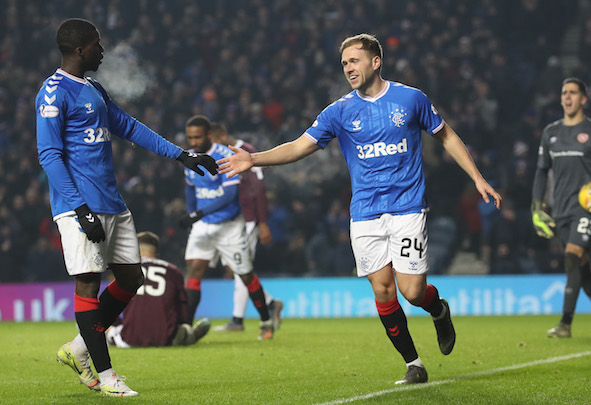 Rangers are expected to value the former Birmingham City, Aberdeen, Dundee and Cowdenbeath man at around the £500,000 mark.

There is a strong possibility Stewart has played his last game for the Glasgow giants amid the growing likelihood the SPL season may end prematurely.

Gerrard has made little use of the attacker even though his goals and assists record for the club is highly creditable.

Stewart’s debut campaign has yielded three goals and five assists, with all of the goals coming in league matches.

He has made 24 appearances for the Light Blues but only six of those have come in the starting XI.

Tellingly, Stewart has not started a single SPL or Europa League match since October in a clear sign of his place in the Ibrox pecking order.

The playmaker’s only start since then came as an emergency centre-forward in the Scottish Cup defeat to Hearts in February.

Stewart was far more influential last season at Aberdeen, where his 36 games yielded 10 goals and an impressive 10 assists.

In other Rangers news, it can be REVEALED that the club are sweating on their fate after bombshell with overnight talks hinting at outcome today.