Noel Whelan has tipped Ivan Toney to succeed in the Scottish Premiership if Rangers or Celtic were to sign the Peterborough striker this summer.

Speaking exclusively to Football Insider correspondent Dylan Childs, the former Leeds United and Aberdeen striker insisted the 24-year-old “knows where the goal is” but had doubts over whether either club could finance a deal without departures.

Peterborough’s director of football, Barry Fry, told the Daily Mail (print edition, p.79, June 9) that both of the Glasgow giants are interested in signing League One’s top scorer this summer.

Football Insider understands that the Gers and West Brom are leading the chase for the former Newcastle United forward.

Toney scored 26 goals in 49 appearances before the League One season was curtailed due to the coronavirus pandemic.

When asked by Football Insider if the Englishman could make the step up to the Scottish Premiership, Whelan said: “The big difference is going to one of the top two sides.

“He will get more chances, that goes without saying. Celtic and Rangers possess a lot of quality players and they are a lot better than the rest of the Scottish Premiership.

“He knows where the goal is – he is a goalscorer. Newcastle would not have bought him unless he had some sort of quality but it just did not work out for him at Newcastle.”

“But are either willing to pay £15million? I would suspect that they are only going to be able to put forward that kind of money on the back of Morelos or Edouard leaving.” 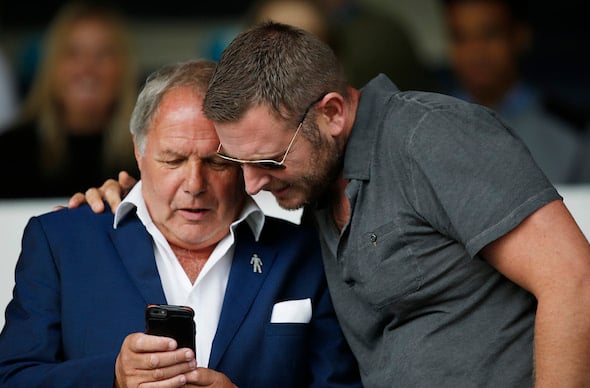 Fry told the Daily Mail: “I’ve had agents on telling me that Rangers and Celtic are very interested.

“If they have any sense, they’ll pay us £15million to get him. If they haven’t any sense at all, then I won’t be hearing from them.”

In other Rangers news, it can be REVEALED that club have made a decision on signing a new full-back.