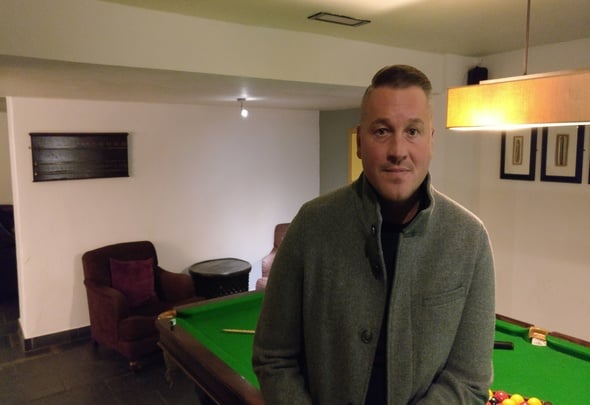 Paul Robinson claims Tottenham starlet Japhet Tanganga may have solved the club’s problems at right-back with his impressive performances.

The former Spurs and England goalkeeper, speaking exclusively to Football Insider assistant editor Russell Edge, says that the right-hand side of the defence has been an issue all season in north London.

Tanganga has broken through the ranks under Jose Mourinho and has played the last three games across all competitions, including Saturday’s 0-0 draw with Watford.

Robinson says that the promising talent has already made a mark on the first team at Spurs and suggests that he could be the answer to Jose Mourinho’s headache in defence.

“He could be the answer for the problems at right-back that we’ve had,” Robinson told Football Insider.

“I was at the Liverpool game and you could see that there were times where you could see his youth, naivety and eagerness to win the ball but other than that I think he’s going to be an outstanding talent.

“He’s one that Jose clearly trusts, one he’s clearly going to rely on and could and already had an impact on the first team. Right-back’s been a big problem, I’ve always said they need to look for a new right-back.”

After Saturday’s bore draw against Watford, Tanganga now has four senior appearances under his belt for Spurs, the visit to Vicarage Road his second Premier League outing.

Mourinho had used Serge Aurier as his first-choice right-back prior to the youngster’s breakthrough, Kyle Walker-Peters out of favour with the Portuguese boss.

In other Tottenham news, Robinson has been left fuming with the club reported in crunch talks over one man’s future.