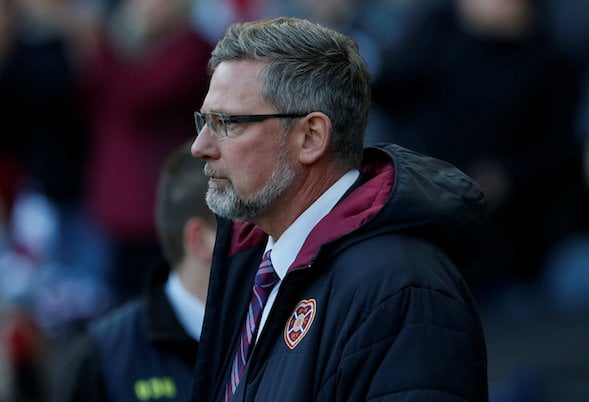 Robinson has helped Motherwell to a flying start to the new season with the Steelmen sitting in third spot in the table following Saturday’s win over Hearts to increase the pressure on under-fire boss Craig Levein.

A Tynecastle source has told Football Insider that Robinson, 44, has admirers in the boardroom if they decide to part company with Levein, whose position is under intense pressure after his team sank to bottom of the SPL table.

Motherwell are aware of the growing list of admirers and they are bracing themselves for interest in the manager if he maintains his upward career trajectory at the club.

Robinson, who is in his third season in charge of Motherwell, is highly regarded in coaching circles for the impressive job he has done so far at Fir Park having transformed the club’s fortunes after taking over in March 2017.

He guided Motherwell to two cup finals in his first season in charge and they just missed out on a top six finish last term.

The Northern Irishman has a burgeoning reputation in Scotland and England due to his ability to work on a limited budget and help promote youth players into the first-team.

Robinson has given the most first-team minutes to academy players than any team in the UK and he has develop an environment for young talent to flourish at Fir Park having given the likes of David Turnbull and Jake Hastie the chance to play regular first-team football.

In other SPL news, it can be REVEALED that Rangers have set their sights on landing a ‘top operator’ and have set aside a major cash pot to seal deal.