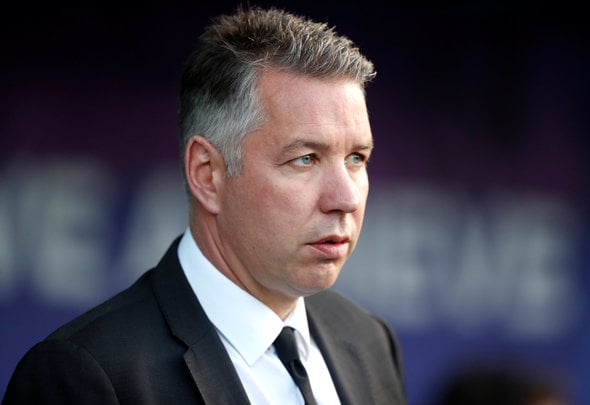 Wilson has excelled at Ipswich since joining the club on a free transfer from Lincoln in August and has helped the club to the top of League One with some impressive displays at the back.

Sources at Sunderland and Peterborough have told Football Insider they have set their sights on the 30-year-old centre-back ahead of the January window.

Wilson will soon be available for transfer and he is only on a short-term deal at Ipswich that runs until the end of December.

This has placed the Tractor Boys’ third-tier rivals on red alert as they assess possible targets ahead of the winter window.

Wilson has helped Ipswich keep six clean sheets in his 10 appearances in all competitions for the club to quickly establish himself as a key man in Paul Lambert’s side.

The one-time Wales international has an impressive CV that has included a lengthy spell at Oldham Athletic as well as shorter ones at Bristol City, Brentford, Sheffield United, Lincoln City, Walsall and Cheltenham Town.

He has extensive experience in League One as well as in the Championship and League Two.

Ipswich would be loathe to lose Wilson to a League One rival, but they run the risk of losing the former Bristol City man when his deal expires at the end of the year.

In other Sunderland news, Whelan has trolled a new signing: ‘I’m sure he wanted to join a bigger club than Sunderland’.