Tottenham are on the verge of signing goalkeeper Teddy Smith, Football Insider can reveal.

The Premier League giants have made a move for the 24-year-old as their reinforce their ranks in the final hours of the January window.

A Tottenham source has told Football Insider that Smith is set to put pen to paper on a contract with the club although there has not yet been an announcement. 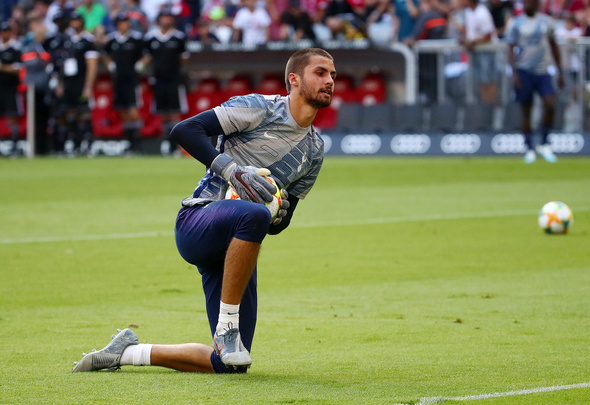 He has agreed the terms of a deal and will join on a free transfer after being released by Southend United last summer.

Smith had a trial at the London giants at that time and was named in goal for the club’s pre-season clash with Dulwich Hamlet in south London.

A deal could not be agreed at that point but Spurs have moved to tie down the senior goalkeeper.

This comes after Spurs announced at the start of this week that young keeper Brandon Austin has headed to Denmark on loan to Viborg for the rest of the season.

The club also have Alfie Whiteman in their ranks along with the more senior trio of fit-again Hugo Lloris, Paulo Gazzaniga and Michel Vorm, who joined on a short-term deal in November.

Brandon Austin has joined Danish side Viborg FF on loan until the end of the season, subject to international clearance.

Smith was released by Southend United at the end of last season having made 30 appearances for the first team.

He came up through the youth ranks at Roots Hall and featured in both League One and League Two for the club, but only returned to fitness last year after missing 17 months with a shoulder injury.

In other Tottenham news, there has been a MASSIVE Troy Parrott development after unexpected U-turn.