Tottenham will be looking to get rid of defender Serge Aurier this summer after his discipline issues during the UK-wide lockdown.

That is the view of former Leeds United striker Noel Whelan, who, speaking exclusively to Football Insider assistant editor Russell Edge, believes a fine is not enough after apparently breaching social distancing guidelines for a third time.

The Sun report that Tottenham chiefs are furious with the 27-year-old and are considering handing him the maximum of a two-week fine – totalling £140,000 – after posting a photo of him getting a haircut.

However, Whelan believes there could be a more serious punishment on the way for the Ivory Coast international, suggesting his future in north London will be in serious doubt.

Asked if Spurs should be looking to sell Aurier after his behaviour, Whelan told Football Insider: “Absolutely, yeah. That kid, to me, will not be fined, will not just be disciplined but I’d get shot.

“This is an absolute disrespectful part of his make up. I don’t understand these people, I really don’t. You know you shouldn’t be getting a haircut, inviting people round – then posting it all to see as in look at me? That’s just arrogance.” 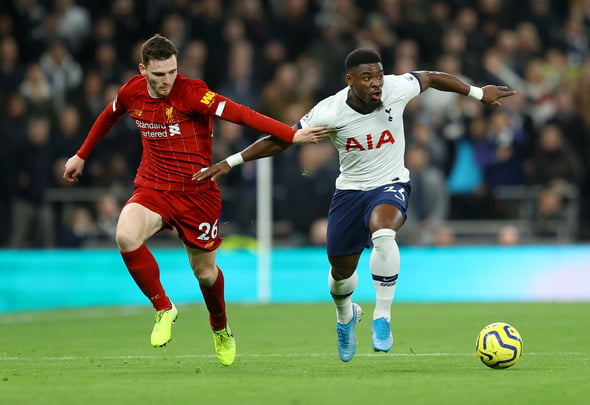 Aurier arrived at Spurs from PSG back in the summer of 2017 and has played 74 times for the Lilywhites to date.

He has established himself as the first-choice right-back under Jose Mourinho this season, having seen Kieran Trippier leave the club last year.

In other Tottenham news, it can be REVEALED a Spurs defender has played his last game for the club.