Michael Brown believes Tottenham will be among a host of clubs interested in signing Callum Wilson, after reports linked them with a move for the striker.

According to the Mail online, Tottenham are the favourites to sign the 28-year-old for £10million following Bournemouth’s relegation from the Premier League.

Daniel Levy is set to want a quick-deal for the striker. 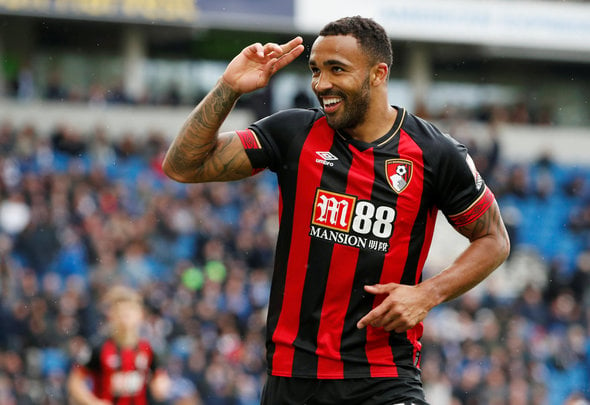 And Brown believes there will be a queue of clubs chasing his signature if he is available for that price.

He told Football Insider: “If it’s for £10 million there will be a queue of people who will want to buy him. It all comes down to whether they need a second striker.

“If a striker is going to Spurs they need to ask if they are a wide forward because Harry Kane plays the number nine role.

“If you see someone who can play out wide in a three or they can play two up top because Callum Wilson will want to play, I can’t imagine him going to sit on the bench.”

Wilson notched eight goals and six assists this term but it wasn’t enough to save Eddie Howe’s men from the drop.

Tottenham’s 1-1 draw with Crystal Palace was enough to secure Europa League qualification after they pipped Wolves to sixth place in the Premier League.

Spurs boss Jose Mourinho insisted his side will improve during the summer window but ruled out any big-money signings.

He told Sky Sports: “The main thing is to keep our very good players and after that improve the squad.”

In other Tottenham news, Darren Bent claims that a player who has signed a Spurs deal is just like David Luiz.