West Brom and West Ham have set their sights on Bournemouth defender Steve Cook ahead of January, Football Insider can reveal.

Both clubs are expecting to be in the market for a new centre-back signing in the winter window and are keen to bring in someone proven in the Premier League.

A recruitment source has told Football Insider that Cook, 29, is a player on the radar of Premier League clubs including West Brom and West Ham.

His contract is due to expire at the Vitality Stadium next summer and he appears to be running it down.

Cook’s experience, pedigree and potential availability are all qualities that are attracting Baggies boss Slaven Bilic and his London Stadium counterpart David Moyes.

West Ham had made it a priority to strengthen at centre-back in the main summer window but the only recruit was Craig Dawson, 30, on a loan-to-buy deal from Watford.

The Hammers have made a fine start to the new season and conceded a relatively meagre eight goals from their six Premier League matches.

But Moyes believes he is still short at centre-back and it is a priority position in the new year. 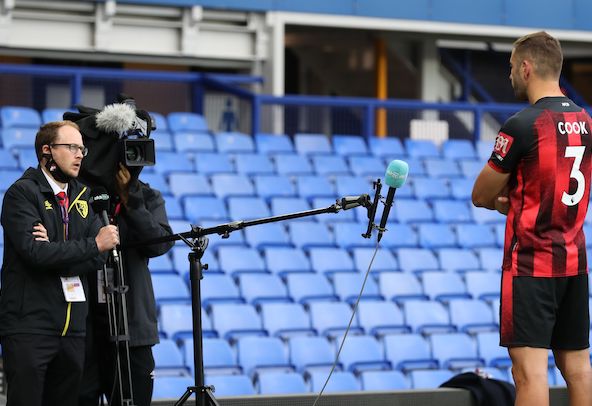 Bilic began the season with a three-man defence but West Brom shipped 13 goals in their first four league matches.

The Baggies have subsequently reverted to a flat back four that has included 36-year-old recent arrival Branislav Ivanovic.

In other West Brom news, Leicester City are closing in on striker signing after five-figure bid tabled.