The Brazilian has made a huge impact for the promotion-chasing Baggies under ex-Hammers boss Slaven Bilic’s during his season-long loan this season.

A West Ham source has told Football Insider that the club have been impressed by Pereira, 23, and intend to keep tabs on his situation as they begin planning for next season. 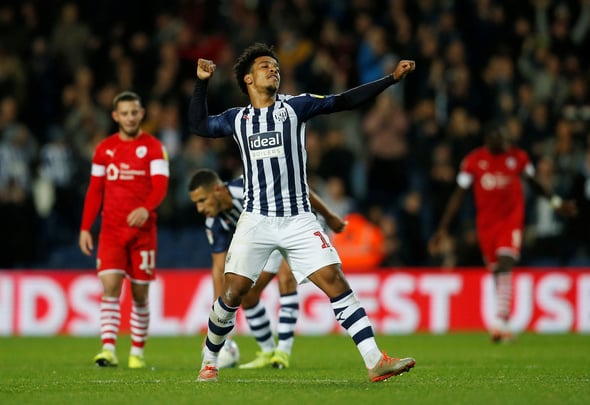 The Hammers have scored only 35 goals from their 29 Premier League matches this season and will be fighting for survival if and when the campaign recommences.

It is one of the club’s priorities to increasing their attacking options for 2020-21 and Pereira is on their target list if they remain in the top flight.

His future is likely to depend on whether West Brom get promoted from the Championship.

Bilic’s side are second in the division and favourites to automatically go up if the season can be completed when the coronavirus outbreak eases.

West Brom are obliged to convert the attacker’s season-long loan from Sporting Lisbon into a permanent deal for over £8million once he’s played 45 minutes of 30 matches.

He has made 33 Championship appearances for West Brom this term, scoring six goals and supplying a remarkable 16 assists.

One of Pereira’s teammates at the Hawthorns is Hammers loan star Grady Diangana, who is due to return to West Ham when the season ends.

In other West Ham news, it can be REVEALED that the club are unhappy with West Brom over Diangana treatment.