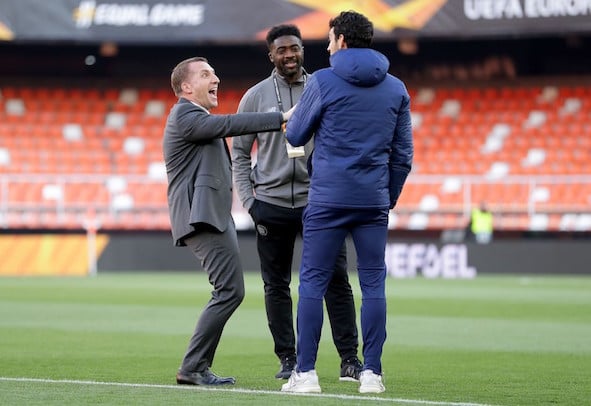 The Londoners are actively looking to bolster their defensive options before the transfer window closes and they have lined up a deal for the left-back, 20.

A West Ham source has told Football Insider that the club have tabled an offer for Ughelumba as they look to sign him by tomorrow night.

The Hammers see Ughelumba as a potential star in the making and they are hoping to lure him away from their Premier League rivals.

Ughelumba has come through the youth ranks at Leicester after joining the club in 2015 following a successful trial.

The 20-year-old, who can play at left-back as well as centre-back, has yet to make his first-team debut for Leicester.

Ughelumba has been a regular for Leicester’s Under-18s and Under-23s side and featured for them in the UEFA Youth League.

The athletic defender is highly-regarded at Leicester, but West Ham are hoping to persuade him to move down south with the offer of a quicker pathway to first-team football.

Should Ughelumba make the move to West Ham he is likely to link up initially with the club’s Under-23s side before challenging for a first-team spot in the future.

David Moyes’ side are also working on multiple senior-player deals ahead of tomorrow night’s transfer cut-off amid major developments in their search for a new right-back.