Noel Whelan believes Yannick Bolasie could make a shock return to the Everton side after a deadline day move to Middlesbrough fell through.

Speaking exclusively to Football Insider assistant editor Russell Edge, the former Boro and Leeds United striker suggests that the 31-year-old may be used by Carlo Ancelotti in cup games after remaining at Goodison Park.

Bolasie, via his personal Twitter account, revealed late on Friday that his prospective move to the Riverside was off despite all the paperwork having been submitted.

Disappointed the deal couldn’t get done in time…signed & sent off, waited till 19.00 with real hope

Football Insider had detailed how Boro had beaten the likes of Millwall and Blackburn Rovers to strike a deal with the Toffees.

Whelan insists that Bolasie must use his time among the Everton squad to get back up to full fitness and suggests that he could even play his first game for the club since 2018.

“What he has got there is a squad of players he can get fit with, keep the intensity up,” Whelan told Football Insider.

“He may be used in games for Everton, in cup games perhaps, that might be where he gets his fitness, his match fitness and his sharpness and keep him hungry until January.

“He might, you never know, he might prove to Ancelotti that he’s worth keeping. You never know that, this is an opportunity for a player who should have gone to a Championship club but might still get to do it in the Premier League.” 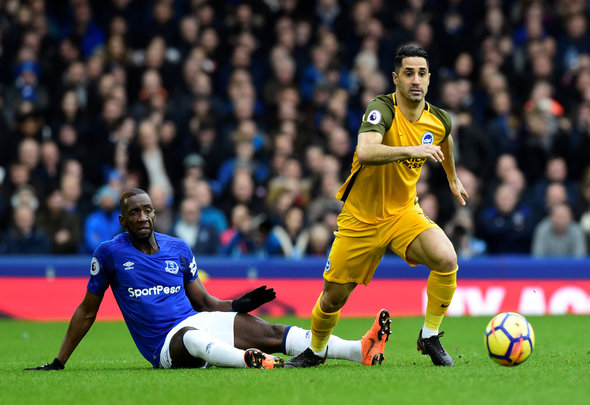 Everton are still in the League Cup after wins over both Salford City and Fleetwood Town.

Bolasie’s last Everton appearance came on the final day of the 2017/18 season in a 3-1 defeat to West Ham.

In other Everton news, it can be revealed the Toffees were plotting a last-minute raid for Championship star.