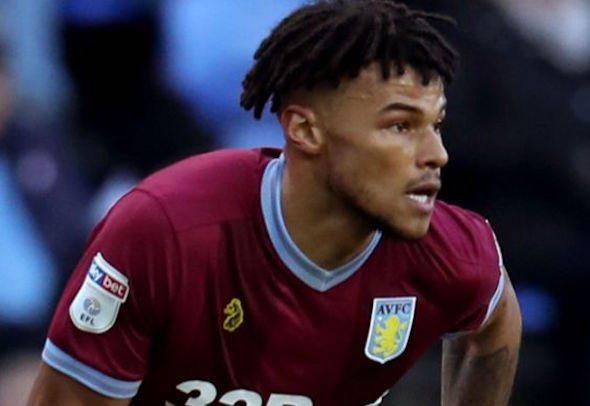 Aston Villa will submit a “massive” bid for Tyrone Mings after securing Premier League promotion, according to Noel Whelan.

Speaking exclusively to Football Insider, the ex-Leeds United striker claimed the Midlands giants will do what it takes to convert the centre-back’s loan into a permanent deal.

Mings joined from Bournemouth in the January window and transformed Villa’s previously stuttering defence with a series of outstanding performances culminating in Monday’s Championship play-off win over Derby County.

“Villa must do everything they can do sign Tyrone Mills,” Whelan said. “He is an absolute beast. He stopped the rot for Villa when he joined and transformed their defence.

“He looks ready to play at the top level. He is a powerhouse – excellent in both boxes, dominant in the air, mobile, good on the ball. He ticks every box. “You think they will go all out for Tyrone Mings now. They would be silly not to sign him. If he is not required by Bournemouth, I’m sure they will be banging the door down to get him with a massive bid, whatever it takes.”

Mings joined Bournemouth in 2015 from Ipswich Town but has only made 23 appearances for the Premier League club, mainly due to a series of serious injuries.

The 26-year-old has a contract with the Cherries until the summer of 2022 and is set to return to his parent club as they brace themselves for serious summer interest.