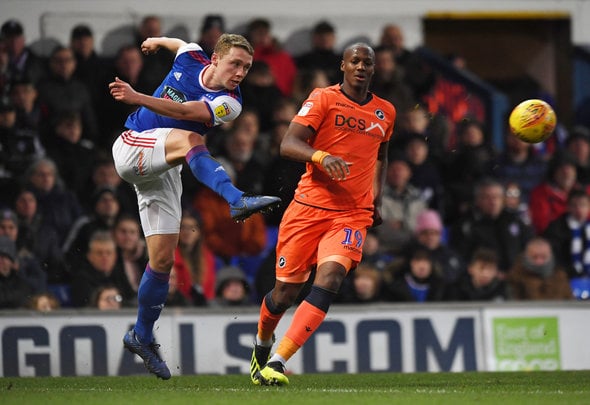 Noel Whelan has claimed that Everton were unable to offload Matthew Pennington on a permanent move this summer as he seals a loan to Hull City.

The former Leeds United star and Championship expert, speaking exclusively to Football Insider, says that the 24-year-old has done nothing to tempt clubs into signing him for a multi-million-pound price tag during his loan spells away from Goodison Park.

Last season saw the defender shipped off to Ipswich Town, the Tractor Boys eventually finishing last in the Championship, while the season before he was plying his trade at Elland Road with Leeds.

With a loan move to Hull City completed before Thursday’s transfer deadline, Whelan says that Everton would have sold him if they could but that teams were not willing to pay up.

Whelan told Football Insider: “I’m sure if they could have offloaded him for a certain amount of money, they would have. I don’t think anyone was willing to pay that amount. He’s had very indifferent performances.

“He’s never, ever going to break into that Everton side, unfortunately. Right now, what Everton are doing and the players they are buying are in a different league. As hard as it is, you’ve got to look somewhere else for his football.

“He’s not somebody, if I was still a striker, I would be too scared about. I’m happy he’s got a club for this season and he’s not going to dwindle away at Everton, not playing.

“I do desperately think his football is away from Goodison Park. He’s got to prove his worth to get a permanent move and for someone to say: ‘We want to spend £3-4million on this player.'”

Pennington has played just nine times for Everton’s first team and has been shipped out on loan to six separate clubs during his time with the Toffees.

He joins Hull having already picked up 54 games of experience in the Championship, although he was left out of Ipswich’s final eight games on the way to relegation last term.

In other Everton news, Football Insider can reveal the international star Marcel Brands had lined up for a last-minute deadline day swoop.