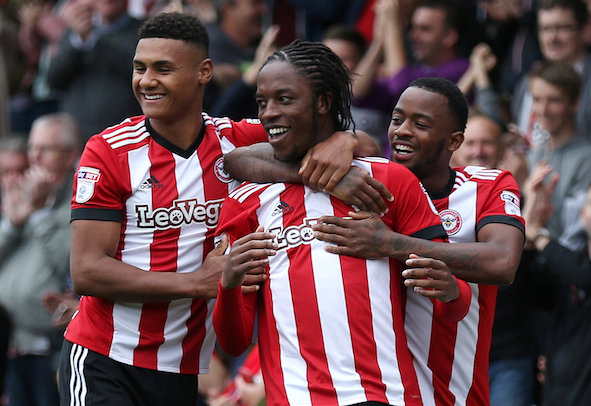 Noel Whelan says that West Brom have secured a bargain in the shape of Romaine Sawyers after his return to the Hawthorns was confirmed.

Speaking exclusively to Football Insider, the former Leeds striker claims that the Baggies have done their research in the transfer market and come out with a quality player for a very decent price.

West Brom confirmed on Saturday that they had secured the capture of Sawyers from Brentford, having left the club six years ago, with reports stating that he cost his old side £2.9million.

Whelan insists that a price tag in the region of £3million is a bargain for someone of his quality, stating that he ticks plenty of boxes as a powerhouse in the middle of the park.

Whelan told Football Insider: “£3million I think is the fee. It’s a snip, an absolute snip. He’s a good age, experience in the Championship, he’s a ball player, he’s a big strong boy as well.

“West Brom once again have done their homework and are signing a very, very good player. £3million, it’s nothing, it’s absolutely nothing.”

Sawyers, who joined Brentford from Walsall back in 2016, made 135 appearances for the Bees before returning to West Brom, having failed to make a single senior appearance during his first spell at the Hawthorns.

He has 127 games worth of Championship experience under his belt, 42 of those coming last season, as well as six goals and 18 assists.

In other West Brom news, Whelan says the club have made a move for a quality defender after generating a big amount of hype last season.