Noel Whelan revealed he doubts whether Barnsley attacker Cauley Woodrow would be the right striker for Leeds United to sign in January.

Speaking exclusively to Football Insider correspondent Laura O’Leary, the ex-Leeds striker admitted that he hadn’t seen a great deal of Woodrow but does know that he is a very talented player.

It was recently reported that Leeds were keen on signing the 25-year-old forward even though he may be difficult to recruit.

Leeds. Taking a big interest in Luke Freeman at Sheff U. Would be a handy addition. Poss loan or buy. Not getting much chance with Blades since joining. Also looking at Woodrow at Barnsley. Difficult.

Whelan admitted that while he thought highly of Woodrow, he doesn’t think the attacker is exactly what Marcelo Bielsa is looking for.

The ex-Leeds attacker pointed out that the Barnsley forward was currently injured so wouldn’t be able to hit the ground running, which is something Bielsa will demand.

When asked if Woodrow is someone he’d love to see at Elland Road as he’s proven in the Championship, he’s young and has been around a while, Whelan told Football Insider: “Look, Cauley Woodrow, yes.

“I’ve not seen a great deal of him, he’s a very talented young man but he’s been injured. 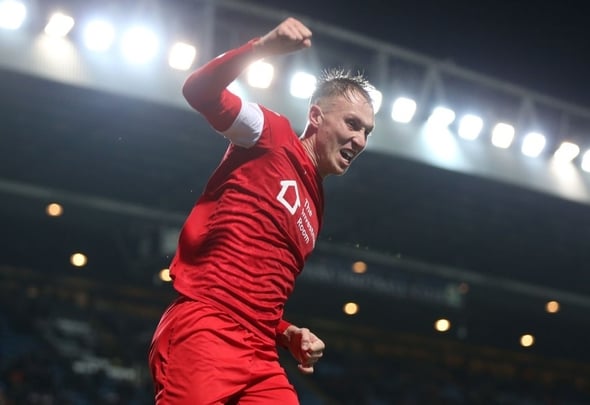 The former Fulham striker missed Barnsley’s 2-1 loss to Derby due to injury, but ahead of his set-back, he had been having a successful campaign.

Woodrow has featured 23 times across all competitions this season, scoring nine goals and registering one assist in the process.