Tyler Roberts is the only player at risk of being axed from the starting XI when Leeds United take on Fulham, according to Noel Whelan.

The former Leeds striker and boyhood fan of the Whites, speaking exclusively to Football Insider assistant editor Russell Edge, admits he is not expecting to see too many changes from the side which lost to Cardiff last weekend.

Roberts replaced Spanish playmaker Pablo Hernandez for the trip to Wales, with the 35-year-old returning from injury to train all week ahead of the Cottagers’ visit to Elland Road.

Whelan believes that Bielsa will keep faith with the majority of the side which suffered a 2-0 defeat to the Bluebirds on Sunday, with Hernandez’s return the only possible swap he can see.

Asked if he saw any changes to the starting XI, Whelan told Football Insider: “I really don’t see any changes, we know Marcelo Bielsa, he likes to stick to his squad that he’s tried and trusted all season.

“I think the backline takes care of itself, I think the only change I can probably see is Tyler Roberts dropping out for Pablo Hernandez.

“No disrespect to Tyler Roberts, I thought he was busy, getting on the ball but I think Pablo just offers that little bit more experience, little bit more creativity and he can certainly see a pass and quality there.

“It’s difficult to leave out a player of Pablo’s quality and experience in the side. You need him at times like this.” 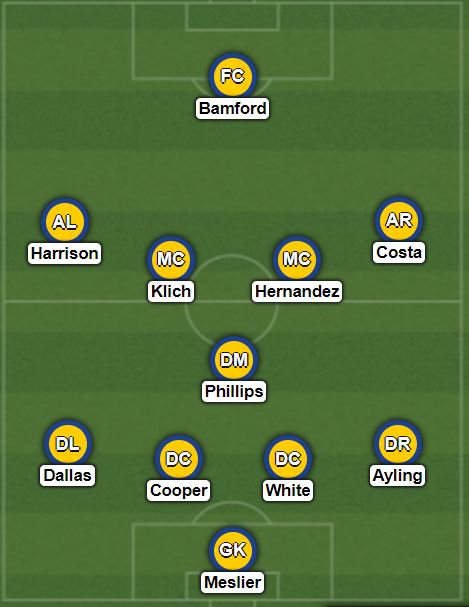 Hernandez has played 28 times for Leeds this season, with six goals and six assists under his belt.

The Whites currently sit second in the Championship on goal difference alone, with league leaders West Brom able to jump three points clear if they beat Brentford on Friday night.

In other Leeds United news, it can be REVEALED the Whites have set their sights on raiding a Premier League side this summer.