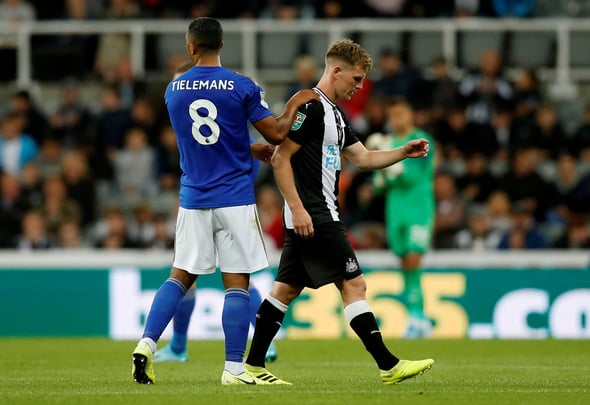 Speaking exclusively to Football Insider, the former Leeds and Manchester City full-back says that the Scottish international has done extremely well to transition from an attacking role to playing in defence.

Ritchie was initially moved further back by former manager Rafael Benitez and current boss Steve Bruce has continued to utilise him in his new role this season.

With Ritchie confirmed to be out for around two months through an injury picked up against Leicester City in midweek, Mills says filling the void left is going to be a difficult task for Bruce.

Asked how Bruce could replace him in the side, Mills told Football Insider: “It’s going to be tough. He’s been a fabulous success at Newcastle in that left wing-back position. He’s gone from an out-and-out wide player to really working into that wing-back role.

“You have to say he’s been outstanding in that position in a struggling Newcastle side.”

The 29-year-old missed just two of Newcastle’s Premier League fixtures last season, proving his worth to Rafa Benitez in a variety of roles.

He has been playing at left-back since December and had started every one of the club’s games during the new campaign.

In other Newcastle United news, a Football Insider pundit has urged one senior player to quit the club before Monday.