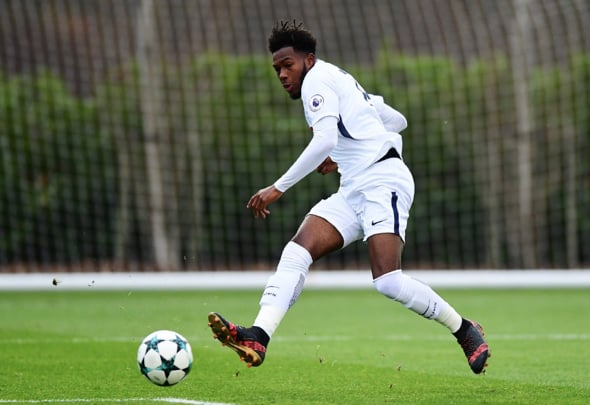 Tottenham’s Under-18s delivered a humiliating thrashing to their Arsenal counterparts on Tuesday, beating them 9-0.

Young striker Reo Griffiths was the hero of the hour scoring four goals and adding three assists and Tottenham fans flocked on to Twitter calling for him to be upgraded to the first-team squad.

One fan jokingly said “Sell Kane” as the 17-year-old striker made a name for himself against the best possible opponents.

Another said that he wanted to see him sign a contract after it had been reported that his current deal would end on June 30 and that big clubs were interested in his signature.

That’s for the future though – today, Spurs fans were just happy to toast the man who destroyed Arsenal.

And one fan summed it up best when he said that Griffiths is “some player” and that he hopes that Pochettino stays and helps his development.

Here are the best reactions from Tottenham fans to the incredible display from their young forward:

Just watched reo griffiths video on youtube, this kid gonna be the next adebayor.

In other Tottenham news, Alan Shearer has slaughtered Mauricio Pochettino for his mistakes in the FA Cup.