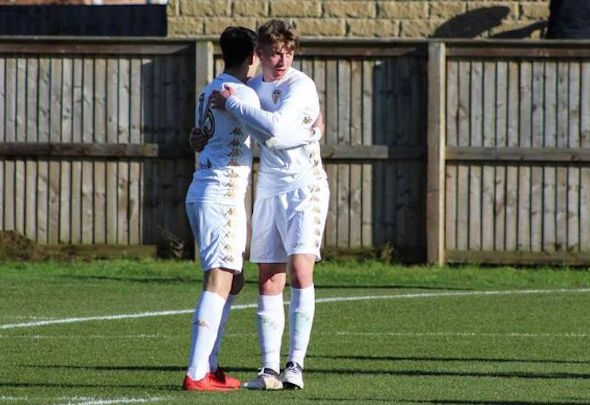 Leeds United fans took to Twitter to hail Jack Clarke after he posted his delight on Twitter at the Under-23s win against Cardiff City on Friday.

The forward, 17, tormented the visitors defence in the development side match at Thorp Arch and created both of Leeds’ first two goals in their 3-0 triumph.

Clarke subsequently took to his personal Twitter account to say it was “great” to help the team secure their fourth consecutive victory.

Great to get the win today and to carry on this unbeaten run!???? pic.twitter.com/Yxn2xYmYW2

The teenager, who signed a professional contract with Leeds on his birthday last November, provided the assists for both Sam Dalby and Clarke Odour’s goals as he thrived on the left side of the attack.

Clarke’s Under-23s teammate Huffer, who did not play in the match after pulling out of the England Under-19s squad last week due to injury, noted how the wide ace how made life a misery for his immediate Cardiff right-back opponent.

The RB is still crying in the showers at thorp arch

They are convinced the “first team beckons” for the youngster and that “stardom awaits” him.

Outstanding performance Jack- their left-back will be having nightmares tonight about you!!!!

fantastic game from you again Jack. Fast becoming one of my favourite players ????

Hope to see you make your first team debut before the end of the season.

Come on Jack…. Stardom awaits… Hard work ahead, but you are making it look easy… Be proud of yourself how well you are doing, and when that chance comes, take it and don’t let go… MOT

Hope to see you in the first team soon…MOT