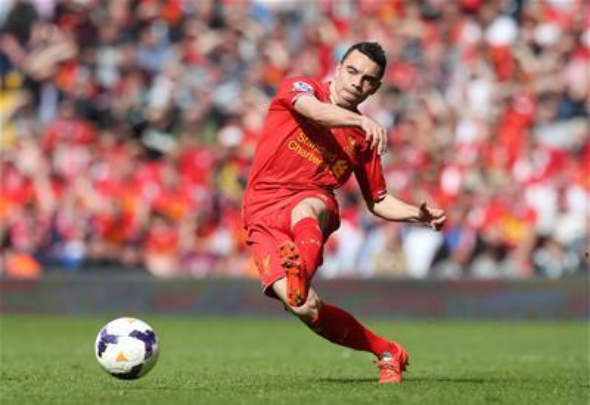 The former Red was a flop while at Liverpool but he has now scored four goals in his last two La Liga games for the Spanish outfit, and six in his last six.

The 29 year-old left Liverpool in July 2015 after failing to score a single Premier League goal despite costing the club over £7million.

Aspas joined the Reds in June 2013 after graduating from Celta Vigo’s academy and the Spaniard was tipped to become one of the most exciting attacking talents in the game.

After scoring 46 goals in 136 league appearances during his first spell with Vigo, Liverpool fans were excited to see what Aspas could do in the Premier League.

The striker was a huge disappointment though and only made 14 league appearances, scoring just once in his entire Anfield career in the FA Cup.

He was sent out on loan to Seville in 2014 as the club hoped to give him another chance but he returned to Liverpool that summer having scored just two goals in 16 league appearances.

His return to Celta Vigo has proved more fruitful though and Aspas has seemingly got his goal-scoring boots back as he netted his fourth goal of the season during last Sunday’s 4-1 victory over Deportivo.

Aspas was on the score-sheet for his team again this week against Las Palmas – much to the astonishment of Liverpool fans who reacted to his early brace during the game on Sunday evening.

Aspas on a hat-trick after 20 minutes already tonight. Didn't work out at Anfield but he's proving he definitely has talent. pic.twitter.com/kyjdaqfKdZ

Aspas and Balotelli scoring for fun. What is happening? pic.twitter.com/j9nso3pL07

Where is this Iago Aspas at Liverpool?? #LFC https://t.co/6uPrBQVX3d

Aspas scores 2 goals in the first half. Never worked out at Liverpool but a player that gives it everything. #LasPalmasCelta

In other Liverpool news, fans on Twitter have claimed Philippe Coutinho is better than these three mega Premier League stars.