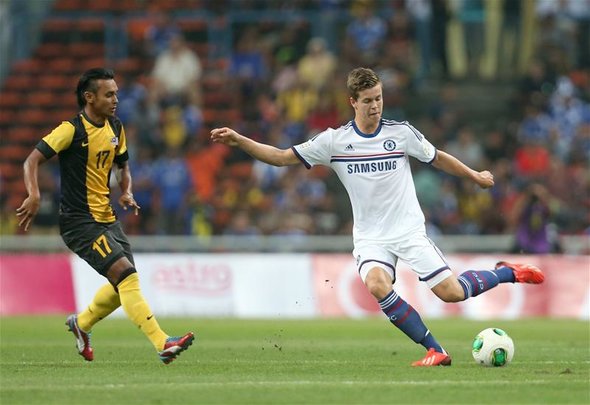 Marco van Ginkel could hold the key to Chelsea’s Premier League title challenge this season after an array of impressive displays for the development side.

The bit-part midfielder, 23, struck a superb winner for Chelsea’s Under-23 side on Monday, curling a sublime effort into the corner from the edge of the area to secure a 3-2 win against Southampton.

Chelsea’s official Twitter account posted a video of van Ginkel’s strike, with the Dutchman evidently delighted with his goal.

Known for his technical abilities, manager Antonio Conte should give the in-form star a chance in the first team as the Italian looks to keep the West London outfit at the top of the Premier League.

His ability to go from box to box, an engine that allows him to hassle opponents constantly and an obvious eye for goal, are qualities that will be hard to overlook as he looks to compete with the likes of Oscar and Cesc Fabregas.

Conte, who joined Chelsea this summer from Juventus, has implemented a 3-4-3 system at Stamford Bridge and currently plays Nemanja Matic and N’Golo Kante in midfield.

With both central midfielders expected to add to Chelsea’s attack and defence, an injury to either of Conte’s stars could give van Ginkel a chance as Fabregas and Oscar are not known for their defensive qualities.

Signed from Dutch outfit and feeder club Vitesse Arnhem back in 2013, the six-time international will also use Victor Moses’ rise into the first team as inspiration.

The winger was brought in from the abyss after loan spells with Stoke, West Ham and Liverpool and has become one of the first names on Conte’s team sheet this season.

With Conte willing to give his players a chance, Van Ginkel’s impressive displays for Chelsea’s development side will start to bear weight on his manager’s selection process.

In other Chelsea news, Marcos Alonso has revealed why his side have an advantage over London rivals Tottenham ahead of Saturday’s clash. 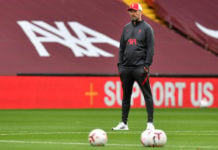