It is understood that Boro, Blackburn Rovers and Millwall are all trying to sign the 31-year-old on a season-long loan ahead of today’s 5pm domestic transfer deadline.

However, a recruitment source has told Football Insider that the former Crystal Palace star wants to reunite with ex-Eagles manager Neil Warnock at the Riverside and that the north east outfit are favourites to seal a deal.

The Everton forward has been given the green light to leave Goodison Park for another loan spell after his struggles to cement a first-team role on Merseyside following a serious cruciate ligament injury.

He joined Aston Villa on a temporary basis for the first half of the 2018/19 campaign but the deal was cut short and he sealed a move to Belgian outfit Anderlecht during the winter transfer window.

Bolasie then moved to Portuguese giants Sporting CP last summer and played 25 times across all competitions with two goals under his belt.

The Democratic Republic of Congo international now looks set for a return to the Championship, with several clubs in talks with the Toffees over a loan deal. 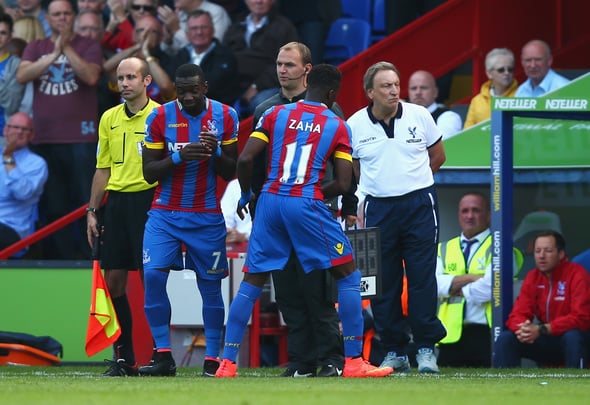 However, it is understood that the winger would prefer to move to the north east to join Middlesbrough and link up with former boss Warnock.

Bolasie started all 15 times in 16 games under the 71-year-old manager before he was sacked by the Eagles.

In other Everton news, it can be revealed the Toffees are plotting a last-minute raid for Championship star.