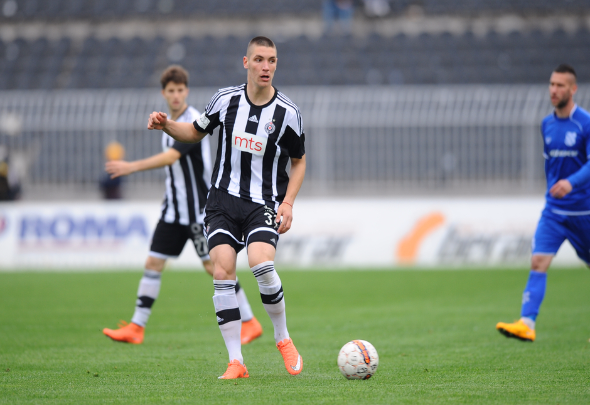 Newcastle have come up short in the race to sign Partizan defender Nikola Milenkovic this summer.

Milos Vazura, the manager of Partizan, disclosed in an interview with zurnal.rs that the Serbian defender was set to join Fiorentina in the summer in a £4.4million deal.

The announcement ends Newcastle’s pursuit of the player, after calciomercato reported the club’s interest in the highly-rated 19-year-old defender.

Rafa Benitez is keen to bolster his defensive options ahead of their potential return to the Premier League, and he had lined up Milenkovic as a suitable addition.

However, the Benitez must now turn his attention to other targets after it was revealed by the Partizan chief that Milenkovic was destined for Italy this summer.

After making his debut for the Serbian club in 2015, Milenkovic has become a valuable player and established first-team regular.

The Serbia international has made 25 appearances in all competitions for Partizan this term, contributing to a side that has kept 16 clean sheets, and been defeated just three times in the league.

Benitez had identified Milenkovic as a long term addition to the club’s ranks, but he will not be too disappointed to see the Serb head to Italy instead of St. James’ Park. The Newcastle chief is an experienced manager, with a vast knowledge of football’s top leagues, and he will already have a long list of alternatives. He will still likely end up bringing in a defender with similar criteria to Milenkovic in the summer as they prepare to compete with England’s elite on their potential return to the top flight this season. A more experienced addition to the back four, however, would perhaps be more beneficial than a young, unproven talent like Milenkovic.

In other Newcastle transfer news, John Barnes has revealed what the club must do if they win promotion.