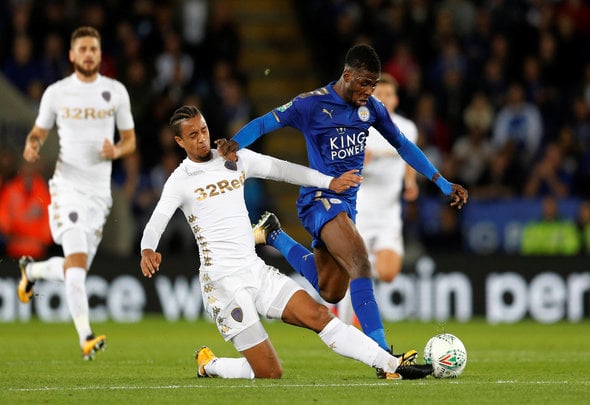 Leeds United have confirmed that Cameron Borthwick-Jackson has left the club after his loan deal was ended early, and fans took to Twitter to celebrate the news.
The left-back, who was on loan until the end of the season, has had his deal terminated and will return to Old Trafford immediately.
The news was announced on the Leeds United Twitter page on Tuesday afternoon.

Leeds fans won’t miss the player one bit after he failed to live up to lofty expectations.
Borthwick-Jackson made just six appearances for Leeds and only one in the Championship, and seemed to suffer from a poor attitude to go with his poor performances on the pitch.
That’s his second loan spell that’s been cut short early after he was also recalled early from a Wolves loan last January.
The 20-year-old will now have to return to Old Trafford and deal with Jose Mourinho, and it looks unlikely that he’ll see much first-team action there for the rest of the season.
It remains to be seen whether United will try to place him on loan again but it would be a brave club that takes him on.
One thing is certain, Leeds fans are glad to see the back of him.
Here is a selection of the best tweets from fans after hearing the news:

Hahahahahaha get in, finally some good news

Here's Christiansen taking pictures with fans after dropping him off pic.twitter.com/IB4VpH7Vfv

As far as news goes, this is as good as a signing. What a failure he was

Best January window we’ve ever had

In other Leeds United transfer news, one of the club’s current attackers is being line up for an exit this month.