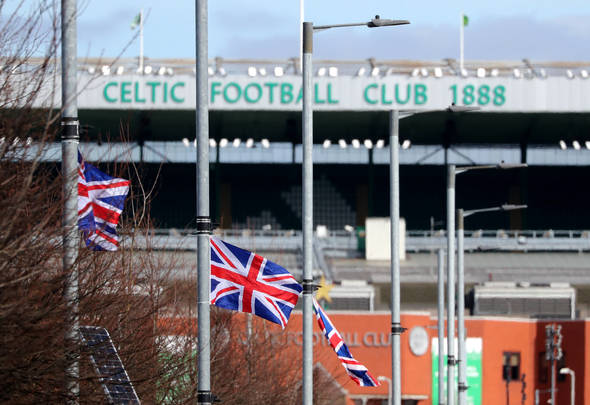 Rangers missed out on an extra £12million in guaranteed prize money after exiting the Europa League but remain ahead of Celtic in the financial stakes.

That is according to finance guru and Football Insider columnist Kieran Maguire, speaking exclusively after Rangers exited the competition at the last-16 after a 3-1 aggregate defeat at the hands of Slavia Prague.

This site revealed in February that Rangers had already earned £8m in guaranteed Uefa income with top-up cash likely to take that past the £20m mark.

Celtic meanwhile crashed out at the group stages after winning just one match, though they did pocket £3.7m for their European exploits.

Football Insider revealed that Rangers value Glen Kamara at £10m-plus following his form in Europe, while Alfredo Morelos’ value has been boosted after his Europa League campaign.

Maguire observed that Rangers’ financial picture looks rosier than their rivals’ across the Clyde owing to their superior squad value.

He told Football Insider correspondent Adam Williams: “Clearly, Celtic have had the advantage of being in the Premiership over the last 10 years.

“They’ve also made the group stages of the Champions League, which has been very lucrative.

“That’s allowed them to still be ahead of Rangers in terms of the wage bill and things of that nature. Although now, it looks like they have got a bit of catching up to do in terms of the value of their squad.

“But Rangers have missed out on around £12m in terms of extra prize money coming from Uefa itself. That’s if they had gone on to win the competition.

“Under normal circumstances, they’d also have the gate receipts from all their home games. Obviously, that won’t happen in a Covid environment.”

Celtic surrendered their nine-year hold on the Scottish Premiership in early March.

Their revenues at £70.2m are still greater than Rangers’ at £59m, though that gap has shrunk in recent years.

In other news, a top pundit has admitted to being astounded that Scott Brown wasn’t offered a player-coach role at Parkhead.