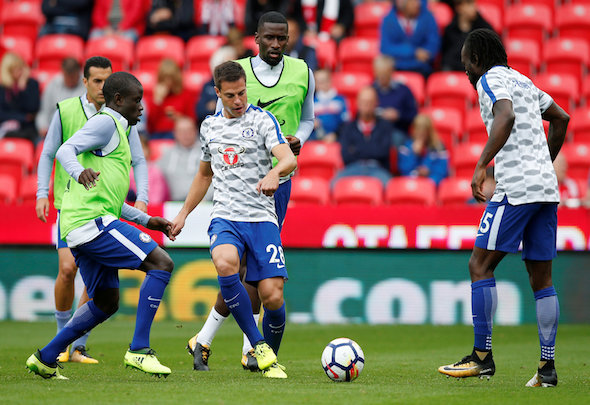 The Toffees meet the Premier League champions at Stamford Bridge on Wednesday night.

Summer signing Danny Drinkwater has not featured since securing a move to West London on transfer deadline day due to a calf injury whilst both Moses and Kante are suffering from hamstring injuries.

The Blues have struggled to cope in Kante’s absence, picking up win in their last four matches in all competitions without the dynamic midfielder.

“I think for the game against Everton, it is impossible to recover for [Danny] Drinkwater. [Victor] Moses needs more time and so does [N’Golo] Kante,” Conte said as quoted in the Evening Standard.

“But I think this could be a good opportunity to give a chance to the young players like Charly Musonda, also Kenedy, young players who I think deserve the chance.”

Everton will be hopeful that they can take advantage of the trio’s absence as they look to progress to the League Cup fifth round for only the third time in nine years.

The Merseyside club have already experienced defeat against Chelsea this season after losing 2-0 in the Premier League at Stamford Bridge in August with goals from Cesc Fabregas and Alvaro Morata.

This will be Everton’s first match since the club sacked Ronald Koeman on Monday afternoon following a disappointing start to the season.

After a daunting midweek trip to West London, Everton then travel to the King Power Stadium to face Leicester City next weekend.

In other Everton news, the club are facing a tough transfer decision on this attacker as European giants line up with £14million offers.