Darren Bent has torn into Tottenham defender Serge Aurier after watching his inconsistent form continue against Chelsea on Sunday.

The former Spurs and England striker, speaking exclusively to Football Insider assistant editor Russell Edge, says that the Ivorian international proved his defensive incapabilities during the 2-0 defeat to the Blues.

Aurier allowed Willian the time and space to curl in a sublime opening goal, with Frank Lampard’s men finding plenty of joy down the Tottenham right-hand side throughout the 90 minutes.

Bent says that Sunday’s performance was further proof that the 26-year-old cannot be trusted to perform week in, week out and that his inconsistency is seriously hurting the team.

“I know he’s played well since Mourinho came in but we know he’s got these kind of performances in him,” Bent told Football Insider.

“I think at times he flatters to deceive. He’s got all the attributes of being a good defender but his positional play, his game management, his decision making – for me you just can’t trust him on a full-time basis.

“I think that’s what’s killing them at the minute.” 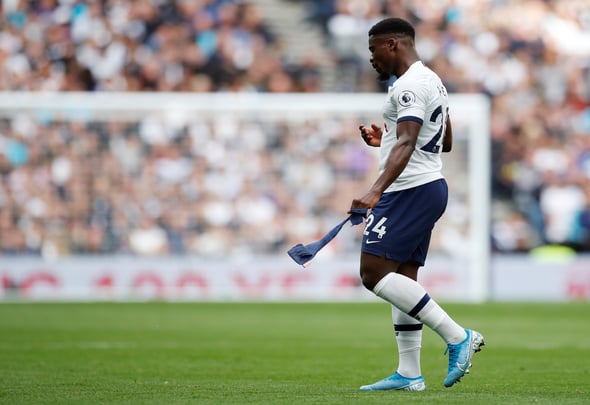 Aurier has been a mainstay in the first-team since Mourinho’s arrival in north London, the Ivorian with 10 consecutive Premier League starts under his belt.

Kyle Walker-Peters is the only other senior option who is a recognised right-back at Spurs, with centre-backs Juan Foyth and Davinson Sanchez both used as makeshift options by former manager Mauricio Pochettino.

In other Tottenham news, Football Insider can reveal that the club are willing to sell an international defender for just £4million in January.