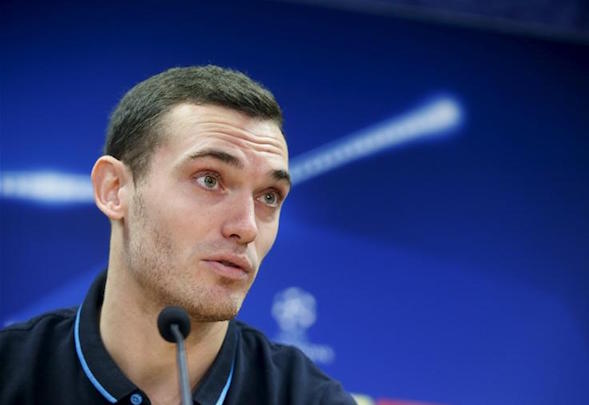 Barcelona’s injury-plagued centre-back Thomas Vermaelen is still being linked with a £12million move back to the Premier League, according to a report.

As reported by Football Insider, Liverpool and West Ham were interested in the former Arsenal defender but appeared to have given up their chase with Roma and Inter Milan tabling bids.

TalkSport now claim a deal to bring the Belgian to Anfield is still very much alive and the Merseysiders have made a preliminary approach to Barca for his services.

Barcelona are believed to want £12 million for the defender, and have rejected bids of just under £7 million from Inter and Roma according to Sport, who still has three years remaining on his contract at the Nou Camp.

The 30-year-old, whose wife is English, is believed to favour a return to the Premier League where he feels he has unfinished business.

However, a deal is unlikely to be completed for a while as Vermaelen is currently on holiday and has told Barca that he’ll inform them of his decsision when he returns, which is expected to be towards the of this month.

He is seen as surplus to requirements and Enrique has decided to let him leave for first-team action elsewhere.

Vermaelen, who started his playing career at Ajax, has had a torrid time with a never-ending flow of injuries at the Nou Camp, making only 11 La Liga appearances in his two years at the club.

Liverpool are in need of a centre-back, after allowing Kolo Toure to see out the remainder of his contract whilst Martin Skrtel is close to joining Fenerbahce.

In other Liverpool news, Jurgen Klopp has decided to insert a buy-back clause in this in-demand full-back’s contract.