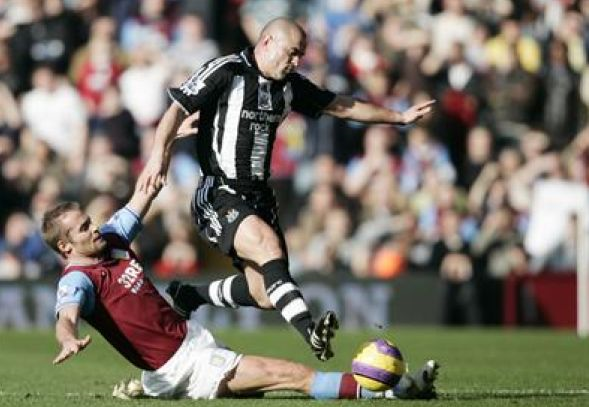 Sweden defender Olof Mellberg was a real fan-favourite during his time at Villa Park, but where is he now? Football Insider investigates.

The 39-year-old began his Villa Park tenure back in 2001, when he signed from Spanish outfit Racing Santander for a fee in the region of £5.75 million.

Then a firmly-established Premier League side, Aston Villa eased Mellberg into the starting XI – a decision made by boss John Gregory.

But Mellberg swiftly became a key figure for Villa and a firm fan-favourite, registering 32 league appearances during his first full campaign in Birmingham.

He was one of a number of signings made by Gregory that summer that went on to have an influential role as Villa finished eighth in the Premier League.

The club slipped to 15th the following year, but with David O’Leary at the helm in 2003-04, Mellberg was named club captain, and he lead the club to a sixth-place finish. They also reached the semi-finals of the League Cup, where they lost to Bolton.

His captaincy lasted until the end of the 2005-06 season, following the 2006 World Cup; but in that time, Mellberg was a major influence within the Villa dressing-room. He was then replaced by Gareth Barry.

However, the Sweden international was still a mainstay in the Aston Villa defence, and continued to excel under new manager Martin O’Neill.

In January 2008, the club announced that Mellberg had signed a pre-contract agreement with Italian giants Juventus, and that he would join the club ahead of the 2008-09 season.

As a parting gift, Mellberg gave every Villa fan attending their final away game at West Ham a shirt with his name and number on the back and a message thanking them for their support. The gesture cemented his status as one of Villa’s most respected players in recent generations.

After just one season with Juventus, in which they finished runners-up in Serie A, Mellberg was on the move again – this time to Greek side Olympiacos. Here won back-to-back Superleague titles, as well as the 2011-12 Greek Cup.

In August 2012, he joined relegated Villarreal in the Spanish second division, helping them return to the top-flight at the first attempt, before heading to FC Copenhagen in July.

The 117-time capped Swede spent just one season in Denmark before announcing his retirement from playing; though he returned to the game pretty swiftly to take the managerial hotseat at IF Brommapojkarna in Sweden in November 2015, where he currently remains.

In other Aston Villa news, Steve Bruce should target this Hull player to help his side seal promotion.