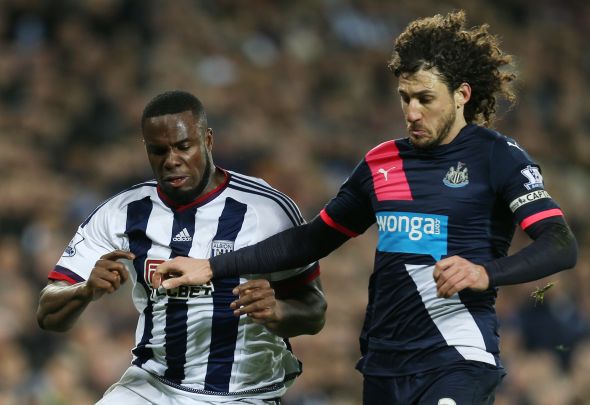 The Chronicle claim that Moyes wants to be reunited with the 28-year-old Nigerianas he scours the market for free agents to bolster his attacking options.

It is said that other options for Moyes could include free agents Dimitar Berbatov, Nicklas Bendtner or Peter Odemwingie.

The Black Cats released strikers Steven Fletcher and Danny Graham over the summer, and saw attempts to sign Steven Naismith from Norwich and Leonardo Ulloa from Leicester fail.

“We worked incredibly hard all through the window to get a striker in,” said Moyes, via the Chronicle. “We had some things lined up, and they didn’t come off.

“We thought we would get someone in late, but unfortunately it didn’t happen.

“So we may now have to go and look at an alternative, someone who can give us something either coming off the bench or as backup.”

Sunderland currently have a striker shortage, and will rely on veteran Jermaine Defoe after Fabio Borini picked up a thigh injury that could keep him out for three months.

Anichebe has plenty of Premier League experience, having played for Everton for seven years before joining West Brom in 2013 for £5million.

For the Toffees the forward played 167 times, scoring 26 goals and was seen as a Premier League quality player.

Following his move to West Brom, the 28-year-old struggled to impress and 63 appearances and 9 goals over three years saw him fail to earn a new contract.

He has a total of 186 Premier League appearances, and has scored 24 times with a further 17 assists in that time,.

In other Everton transfer news, their owner makes a claim after Moussa Sissoko joins Tottenham.