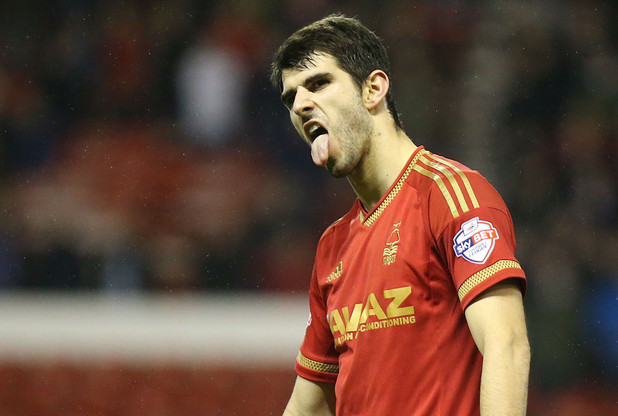 Nelson Oliveira has joined Norwich on a four-year deal from Portuguese giants Benfica, it was announced on Tuesday.

The striker has completed a move to Carrow Road for an undisclosed fee after spending last season on loan at the City Ground.

The 25-year-old netted nine times in 29 matches for Forest, but has now entered the next chapter of his career, after making his move to England permanent with the Canaries.

Norwich City announced the transfer on their club website, stating that it was ‘subject to approval from the relevant football authorities.’

“It’s a good opportunity to show my ability at a great club that trusts in me,” Oliveira told the Forest website. “I can promise that I will work hard and do my best to help the team.”

Oliveira came through the youth ranks at Benfica and has been loaned out to six different clubs during his career, including the likes of Forest and Premier League outfit Swansea City.

The striker has made 16 senior appearances for Portugal to date and was part of the side that came third at Euro 2012. Unfortunately, he missed out on Portugal’s extraordinary Euro 2016 winning campaign due to injury.

Norwich boss Alex Neil added to the website: “It’s a great signing for us because he’s a very good player technically.

“He’ll be a creator of goals as well as a scorer of them. Having been at Benfica, there’s no questioning his quality and he’s played with some top players.

“Nelson now needs to go somewhere and establish himself and this is the perfect place for him to do that.”

In other Nottingham Forest transfer news, the Red’s owner has shared how many deals he wants over the line by Wednesday night.