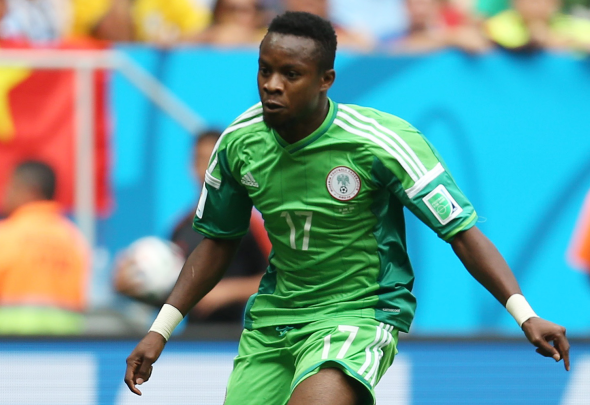 West Ham are interested in bringing Lazio central midfielder Ogenyi Onazi to the Olympic Stadium, according to a report.

However, the £7million-rated Nigeria international is also on former Hammers gaffer Sam Allardyce’s wishlist as he looks to strengthen his Sunderland midfield.

The Evening Chronicle claim Greek giants Panathanaikos and Turkish champions Besiktas are in the running to sign the 23-year-old and beat West Ham and the Black Cats to his signature.

Onazi moved to Italy from Lagos-based club My People in 2011, and his future is in doubt after making only 15 league appearances for Lazio this season.

The midfielder, who has been capped 38 times at international level, still has two years remaining on his contract at the Stadio Olimpico, but Lazio are looking to cash in on the midfielder who they see as surplus to requirements.

The Croatian has signed former Arsenal holding midfielder Havard Nordtveit on a free from Borussia Mochengladbach, but is keen on bringing in depth with a Europa League campaign on the horizon.

The Hammers could benefit from the sale of Enner Valencia to the two-time Serie A winners, who has been linked recently and the deal could spark a good relationship between the clubs.

Sunderland manager Allardyce is also keen to sign reinforcements as his side look to avoid being dragged into another relegation dog-fight. The 61-year-old is yet to open his cheque book, though.

In other West Ham news, Southampton look set to beat West Ham in pursuit of this Frenchman.